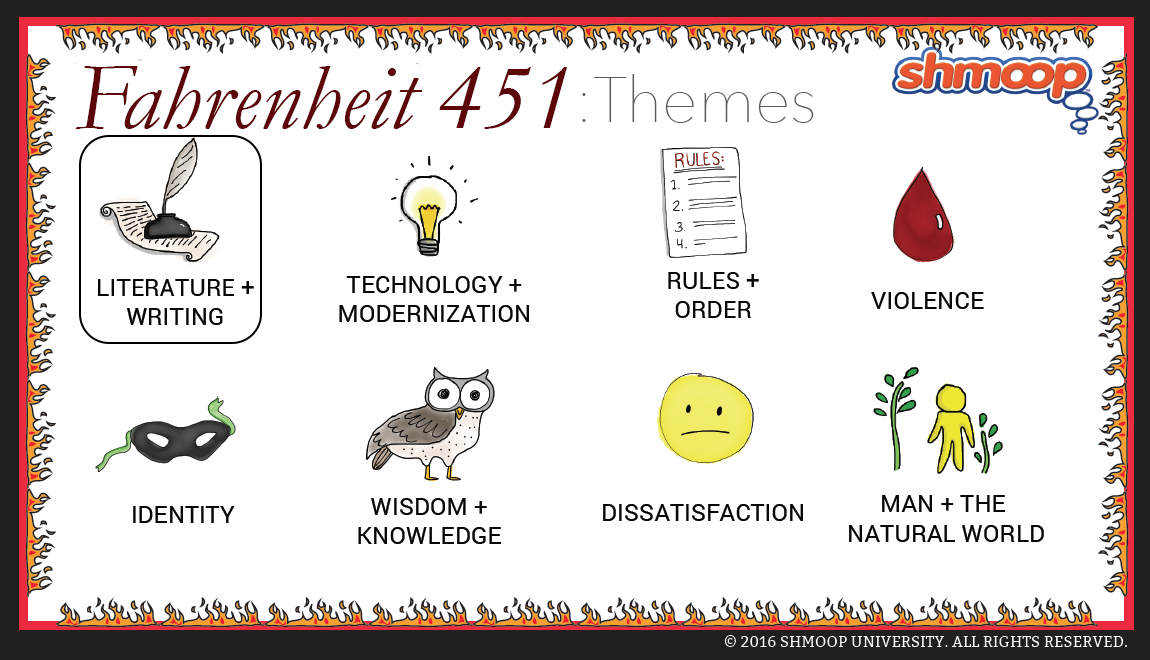 You can bet a pretty penny that nobody in Fahrenheit 451 has read Fifty Shades of Grey. Or Twilight. Or Why Cats Paint. That’s because in this world, books are banned.

Not only are they banned—if you’re caught with any books in your possession, the fire department will come and set house on fire, because that’s not an overreaction or anything.

Even though we don’t see too many of them, books are a huge deal in this story—it’s full of debates on the advantages and disadvantages of literature. The novel's characters present a variety of points of view.

One believes that books are problematic in how they present so many varying and often contradictory viewpoints. This leaves the reader confused. Another believes that books themselves are not important, rather what matters is the information that the best of them contain: reflections of life and the world at large. A third character insists that those who study literature stay off the metaphorical pedestal—they are merely receptacles for the knowledge they carry. Either way, the novel reminds us that without literature, we’d be stuck between a rock and a hard, bookless place.

Questions About Literature and Writing

In Fahrenheit 451, the content of books does not matter; the process of reading and thinking does.