Fahrenheit 451 Man and the Natural World

Man and the Natural World 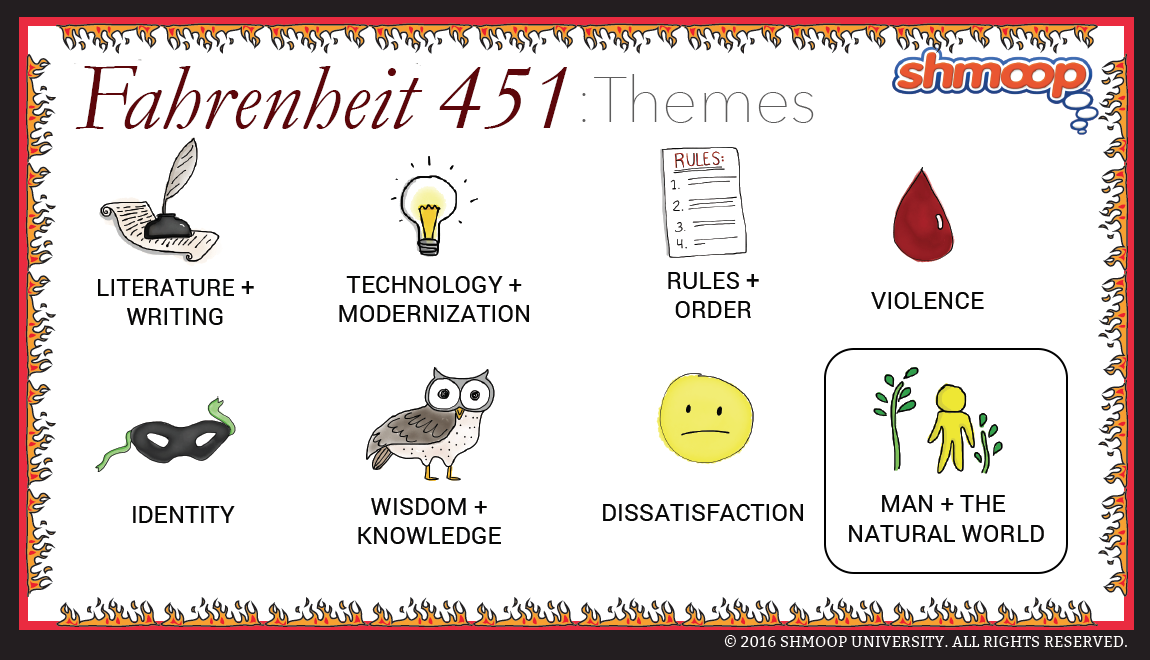 In Fahrenheit 451, readers get a front row seat to an epic battle between technology and nature. In one corner of the ring we have technology, which is cold and destructive. In the other corner we've got nature in all its engaging and inspiring glory.

We don't want to give too much away, but nature comes out pretty strong in the end. Remember—it is only in nature that Montag is able to think clearly and draw conclusions from his experiences.

The novel argues that nature—and all of life, for that matter—is a cycle of construction and destruction. This is the natural way of things, but technology has focused only on destruction and violence, leaving man in a devastated, unnatural state.

Technology might be a pretty strong contender in this fight, but its tendency toward self-destruction becomes its downfall. In the end, nature reigns supreme.

Questions About Man and the Natural World

Fahrenheit 451 is structurally cyclic to mirror the cyclical quality of the natural world.