Augustus "Gus" Waters in The Fault in Our Stars

When Hazel first sets eyes on hottie Augustus at Support Group, we know something romantic is about to go down. There's just that spark. In fact, before words are even exchanged, they start off their relationship with a steamy staring contest.

It's obvious that Augustus, in all his teenage hotness, has got Hazel's attention. And it's pretty safe to say that he's got ours as well.

Okay, so Augustus Waters is quite the charmer. He has the confidence, good looks, and quick wit to back it all up, too. And Hazel Grace can't help but be drawn in. Hazel has a pretty mundane life prior to Augustus's arrival; she's pretty much confined to hanging out at home with her parents and watching reruns of America's Next Top Model.

But suddenly, Augustus shows up and rescues Hazel from all the drudgery of being a cancer kid.

A Boy With a Purpose

Unlike Hazel, who is cautious and doesn't want to make a real move at the risk of hurting anyone, Augustus is determined to leave a mark on everything and everyone that he touches. He wastes no time in getting to know Hazel—after all, he stares at her at Support Group until he has her undivided attention. He also asks her to come over and watch a movie with him right away. Yowza.

This is a kid who makes things happen. Hazel's been writing to Peter Van Houten for years, trying to get him to explain the end of his book, but Augustus is the one who succeeds in contacting him because of his dogged determination:.

"Dear Mr. Waters," he answered. "I am writing to thank you for your electronic correspondence..."

Once he has Van Houten's attention, he even goes so far as to use his Wish to take Hazel to Amsterdam to meet the author that she so admires. Though it may be a cliché, Augustus is the kind of person who lives life to the fullest, as though it might end any day. Which sadly, it does.

Augustus is a friend true and true, but like Hazel, he's not about to let cancer be this hush-hush subject that can't be touched with a ten-foot pole. From the very beginning, he's willing to joke about things that might make someone else very uncomfortable. When Patrick asks him what he fears in Support Group, he says:

"I fear oblivion," he said without a moment's pause. "I fear it like the proverbial blind man who's afraid of the dark." (1.56)

This is clearly a jab at Isaac, who's about to lose his single eye and go completely blind, but Augustus doesn't intend it to be mean-spirited at all. He just wants to make light of some of the pretty terrible situations that he and his friends are in.

The One With the Meaningful Life

One of Augustus's main gripes about dying is that he always wanted to live a more meaningful life, one that would go down in history as meaningful and heroic. He is so concerned with this that Hazel even considers faking an act of helplessness for him to save the day:

It crossed my mind to fake a choking incident or something so that he might give me the Heimlich. Maybe then he could rid himself of this fear that his life had been lived and lost for no greater good. (16.28)

But what Augustus fails to understand is that he has had a major impact on other people. For one thing, he totally changes Hazel. At first, she's afraid of getting close to anyone. But in the end, through her relationship with Augustus, she learns that just because she's dying doesn't mean that she's only a source of sadness in the lives of her loved ones.

She tries to impress this fact upon him:

Even though Augustus wants the kind of life that will be printed on the front page of the New York Times, he can't have it. But that's okay, because the people who matter to him see him as important and meaningful. His life does have meaning, even if it's not a headline. 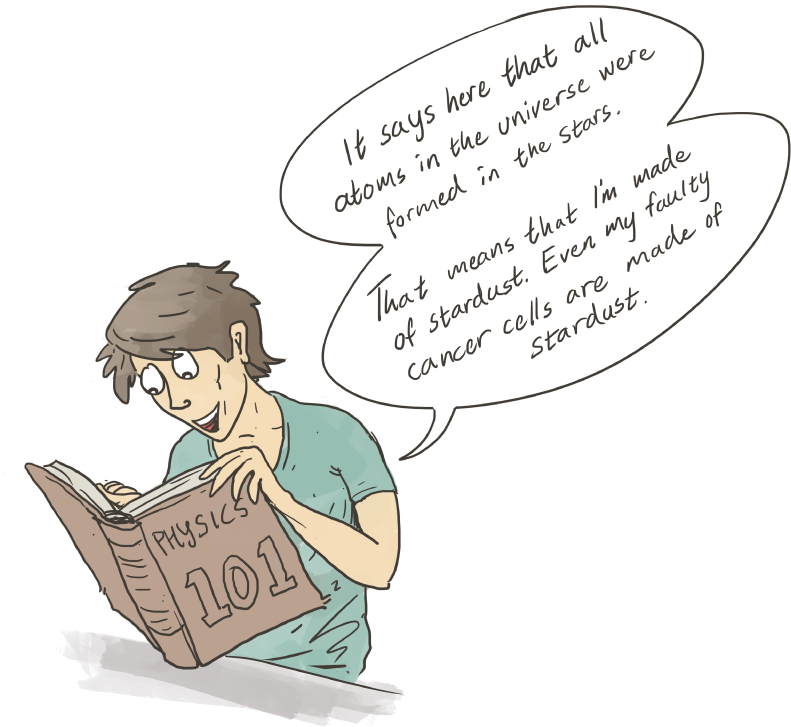