Peter Van Houten in The Fault in Our Stars

If you think that Augustus and Hazel are quick with their SAT study words, check out their idol, Peter Van Houten. This guy all about long, wordy missives. Evidence? How about any letter he's ever written? Here's a doozy for you:

While we're on the topic of old Wil's insufficiencies, your writing about young Hazel reminds me of the Bard's Fifty-fifth sonnet… (7.42)

You might need a dictionary and an encyclopedia to get through this one. And maybe Shmoop.

Both Hazel and Augustus absolutely eat up his words, both in his book, An Imperial Affection, and later in his emails. Of course, they have to go all the way to Amsterdam to find that the man himself isn't so charming in real life.

A Man of Many Drinks

"We pour Scotch into a glass and then call to mind thoughts of water, and then we mix the actual Scotch with the abstracted idea of water." (12.55)

Peter Van Houten is a bona fide alcoholic. When Hazel and Augustus meet him in person, he's rude, abrasive, and utterly drunk. He says mean things to them and refuses to answer Hazel's questions, effectively crushing her dreams of learning what happens at the end of An Imperial Affliction. He is, in no uncertain terms, a huge jerkface.

What has made him this way? Well, as Lidewij puts it, "'Circumstance has made him so cruel'" (12.154). And we get hints of this. Van Houten wants to help and comfort Hazel at first—but only from afar. He's happy to write to Augustus and Hazel and to give them some reason to get excited, because deep down, he does care about children with cancer. But when they come to visit, he gets more than he bargained for. And because they remind him of things that are painful in his life, he acts out:

"Perhaps, but I was under the misguided impression that you were incapable of transatlantic travel. I was trying… to provide you with some comfort, I suppose, which I should have known better than to attempt." (12.120)

Van Houten doesn't want to be confronted with the reality of Hazel and Augustus and how sick and desperate they are for answers.

The Book Behind the Man

We later find out that Van Houten's own daughter died from cancer, and that's what makes him such an abrasive presence:

I considered the honesty with which he had written about cancer kids; the fact that he couldn't speak to me in Amsterdam except to ask if I'd dressed like her on purpose; his s***tiness around me and Augustus; his aching question about the relationship between pain's extremity and its value… (23.75)

A tough past is no excuse to be a jerk, but Hazel still loves his book. Even if Van Houten is not the most approachable or heartwarming person in real life, he still understands what they're going through. And that comes out in his writing like whoa.

What do you think? Can we separate an author from his words? 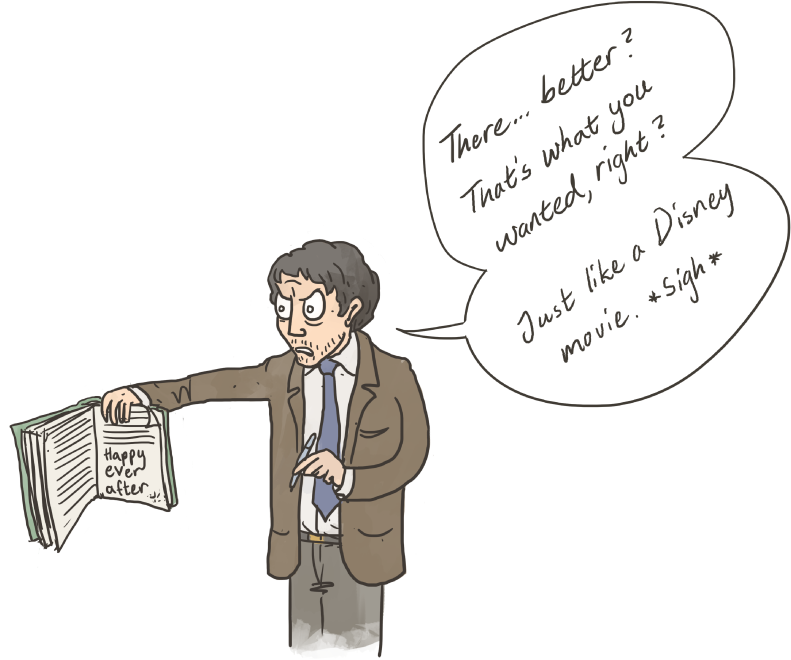