Owl Eyes and Klipspringer in The Great Gatsby 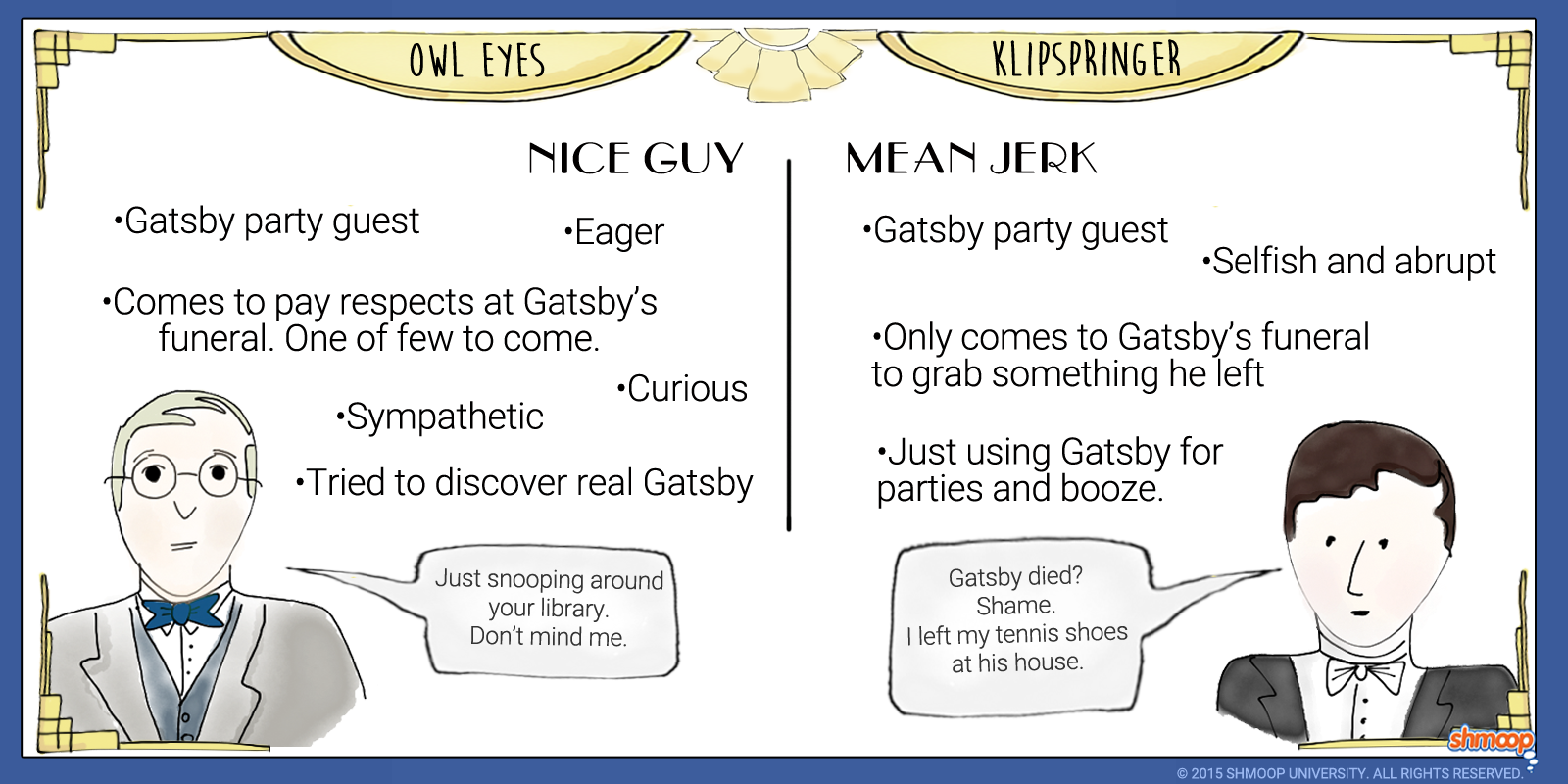 These two odd characters sum up two extremes of the ludicrous and bizarre people who populate Gatsby's parties, drinking his liquor and gossiping about him. On one hand, you have Owl Eyes, who shows a genuine interest (or something akin to it) in Gatsby; Owl Eyes simply cannot believe that Gatsby has real books in his library, and he seems to have a real fascination with the guy: "See!" he cried triumphantly. "It's a bona-fide piece of printed matter. It fooled me. This fella's a regular Belasco. It's a triumph. What thoroughness! What realism! Knew when to stop, too - didn't cut the pages. But what do you want? What do you expect?" (3.50)

Klipspringer, on the other hand, lives at Gatsby's house and takes advantage of his generosity without having any real feelings for him. These two attitudes towards Gatsby diverge after his death – Klipspringer rudely calls up Nick, not because he wants to give his last respects to a former friend, but simply because he wants to pick up a pair of tennis shoes, while Owl Eyes wistfully shows up at the house. Unlike the rest of the fair-weather friends, Owl Eyes has some real sympathy towards him. (Think that has something to do with the books? Check out our "Symbols" section for some thoughts on that.)