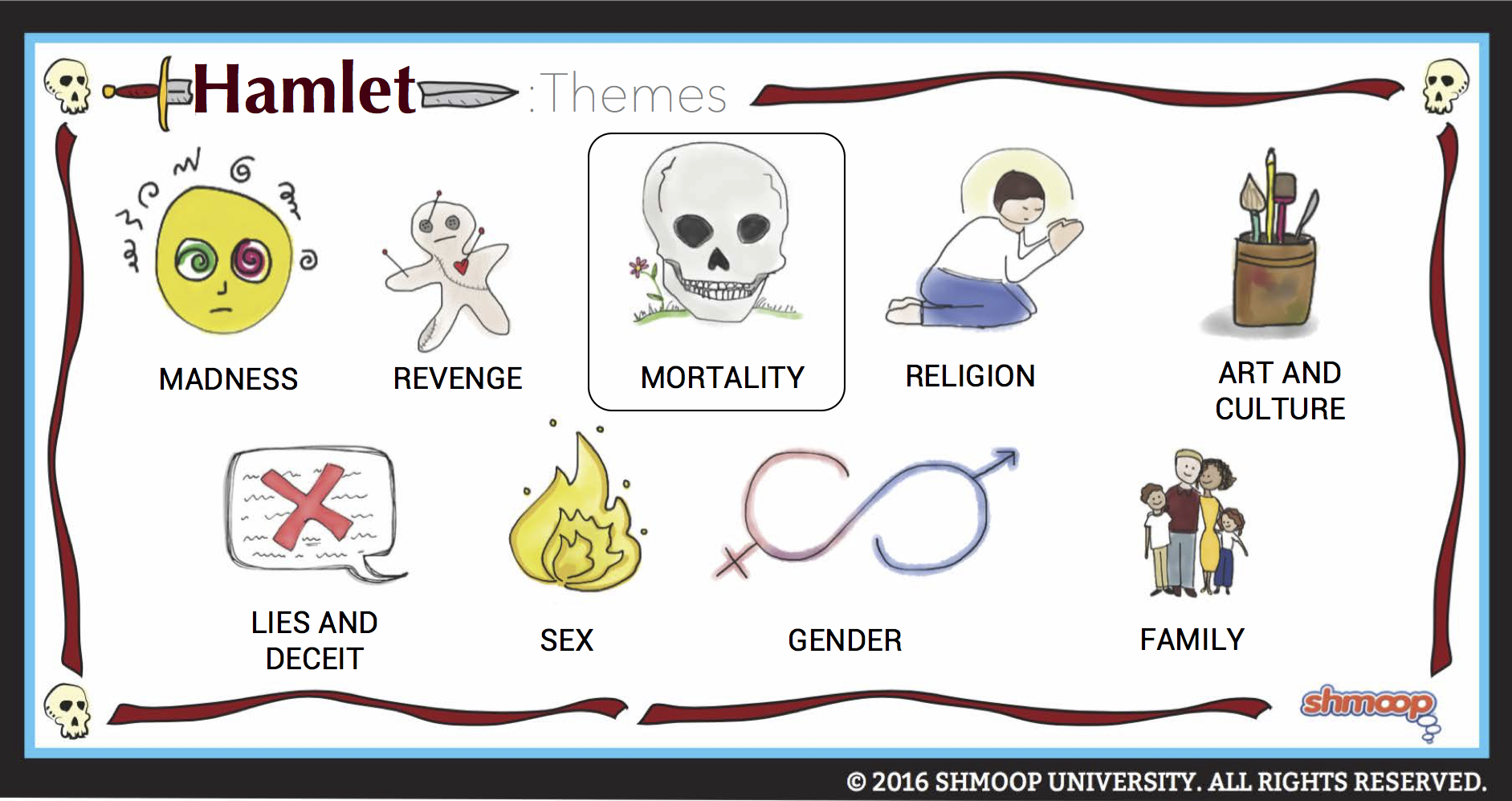 Hamlet may talk—and talk, and talk—about suicide, but what he's really concerned with is mortality, and the fact that the living world is made of death and decay. (Yeah, we know that life looks pretty grim when you put it that way. Sorry.). From Hamlet's initial confrontation with a dead man's ghost to the final bloodbath, the play is trying to come to grips with just this problem: if we all die eventually, then does it really matter who kills us?

The fact that Hamlet is still talking about suicide even after he has sworn to avenge his father shows that the Prince's problems lie much deeper than simple grief over his father's murder.

Hamlet's anger against his mother is rooted in the fear that if someone's life can be so easily forgotten after death, life itself has no meaning. His crisis is therefore an existential one, not one of morality.