The Handmaid's Tale Freedom and Confinement 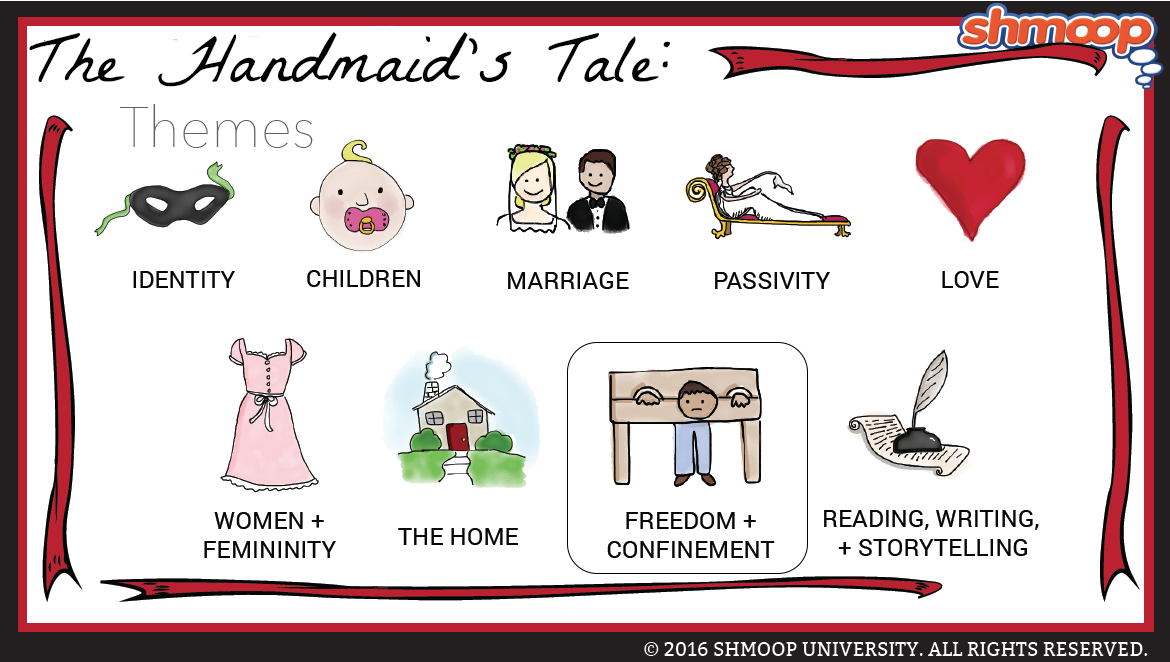 In the society of The Handmaid's Tale, even the powerful live very restricted lives, but the Handmaids, confined to their bedrooms except for sanctioned outings to grocery stores, childbearing Ceremonies, and executions, are worse off than most. Doubly trapped by their low social statuses and their fertile bodies, Handmaids barely get to do anything. Their bodies' fertility both enforces their confinement and paradoxically promises them a kind of freedom.

If Handmaids become pregnant by their Commanders (this is their sole purpose in this society) their reward is not being sent off to die. If they do get pregnant, they're confined to their bodies in a different way, forced to give birth to children they don't get to keep, fathered by men they don't love.

Questions About Freedom and Confinement

Because so many events have conspired against the narrator, it's impossible for her to really achieve freedom at the end of the book.

While the narrator remains confined to her position as Handmaid for the majority of the novel, her determination to keep reliving her many flashbacks and memories helps keep her intellectually free.