The Handmaid's Tale Women and Femininity 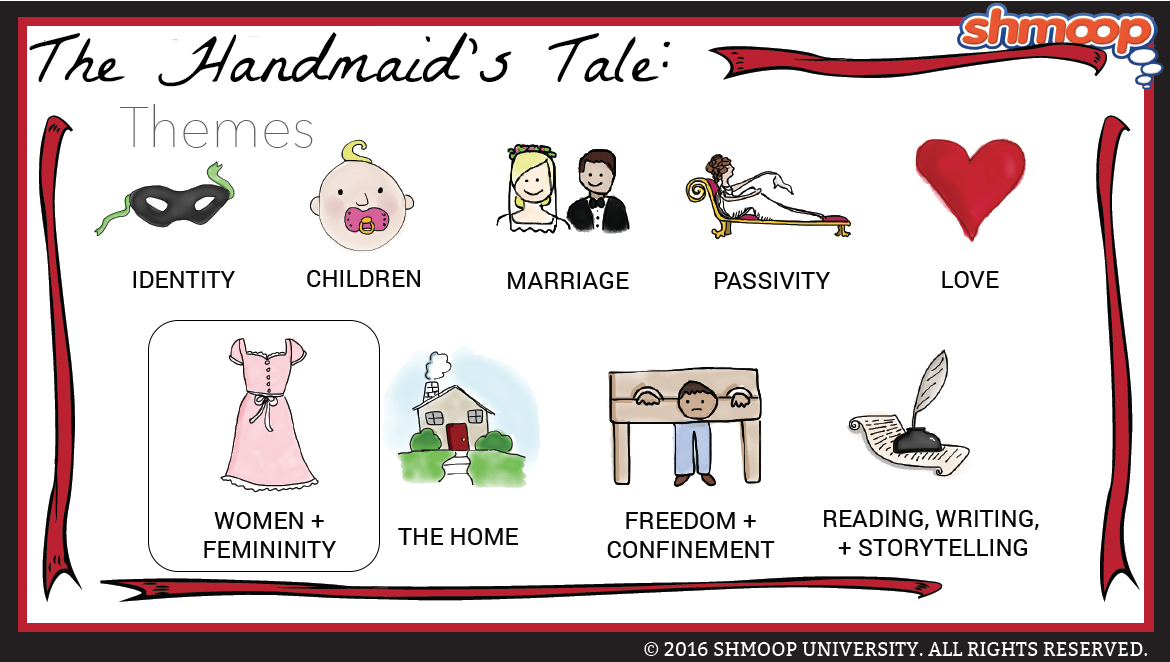 Women aren't supposed to use their minds in the world of The Handmaid's Tale. They're forbidden from reading, working outside the home, or even spending money. The small minority who are fertile are forced to become de-eroticized baby-making machines, or, as the narrator thinks of it, empty childbearing vessels.

Their bodies are hidden and their brains are denied. Acknowledgment of the body as more than a vessel, and the mind as still productive, comes only in hidden moments, like when the narrator steals butter to use as moisturizer or speeds through a black-market copy of Charles Dickens' Hard Times.

Questions About Women and Femininity

By reducing women to their fertility, Gileadean society not only robs them of using their minds and celebrating other aspects of their bodies, it also changes the kinds of people they can be.

The narrator struggles to retain her knowledge of femininity, if not her femininity itself, through flashbacks and memories.