We adore the Weasley twins. If we could pick two people to hang out with in real life from the books, it would be those two. Though we'd keep Hermione on speed dial for when the twins inevitably landed us in jail for some wacky hijinks. These two are the ultimate in comic relief – perpetual jokesters, they have a very unique life philosophy, that values good times and fun over worldly success. 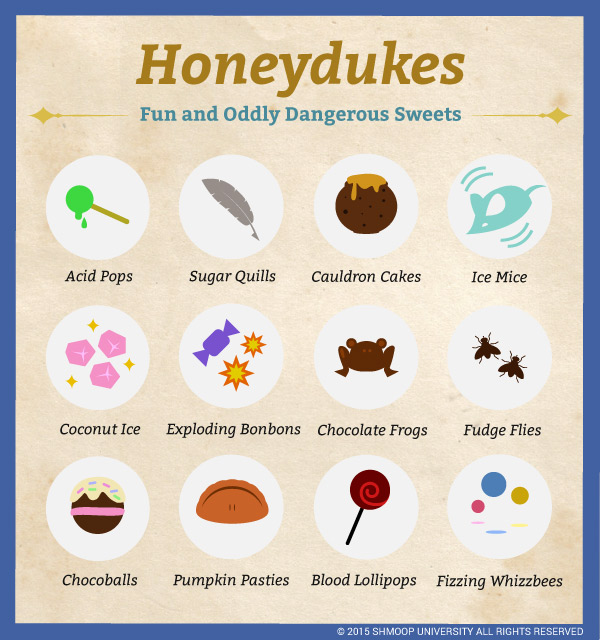 These guys still like to learn – they just do it through unconventional and fun means. And they do have fun – they do what they want, they entertain themselves and others, they play hard on the Quidditch field, and then celebrate just as hard off of it.

Their main role in this book, though, is to bequeath Harry the Marauder's Map. Learning what we do about the Marauders, it seems like the twins are appropriate heirs to their legacy of sneaking around, playing jokes, and having fun. But the twins are never malicious – they point out all the built-in safety surveillance features of the Map to Harry before letting him run off with it, after all. They don't seem quite as reckless as the original Marauders, which is probably a good thing. Maybe they've improved on the Map's legacy.