Nymphadora Tonks in Harry Potter and the Deathly Hallows 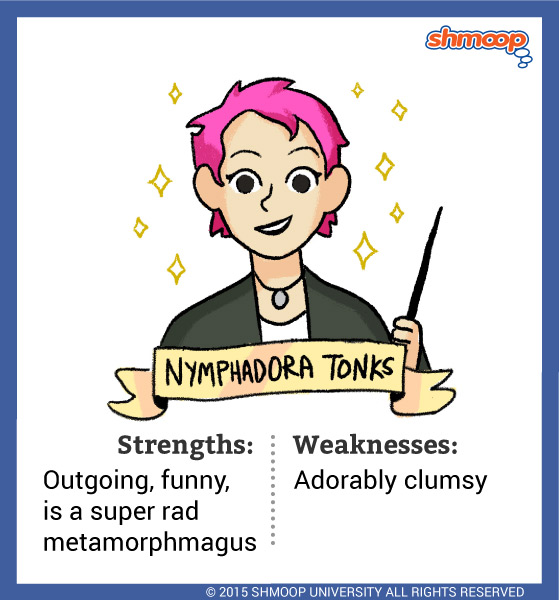 Affiliation: Order of the Phoenix

We briefly encounter a fully grown-up Tonks in this book. She's matured from the goofy, awkward young woman we met in Book 5 and is now a loving, more serious, married woman and mother. She and Lupin have a lot going on behind the scenes here – we don't get much insight into their marriage, but we know that they have some troubles working through Remus's identity as a werewolf, particularly with regards to Tonks's pregnancy. However, once their son, Teddy, is born, things seem to all work themselves out on that front.

However, poor Tonks doesn't get to enjoy being a new wife and mother for too long – let's not forget, she's still an Order member and an Auror. Her death in the Battle of Hogwarts – likely as she tries to go save her husband – shows her bravery and willingness to give up everything in the fight against evil.