Mr. Barrymore in The Hound of the Baskervilles 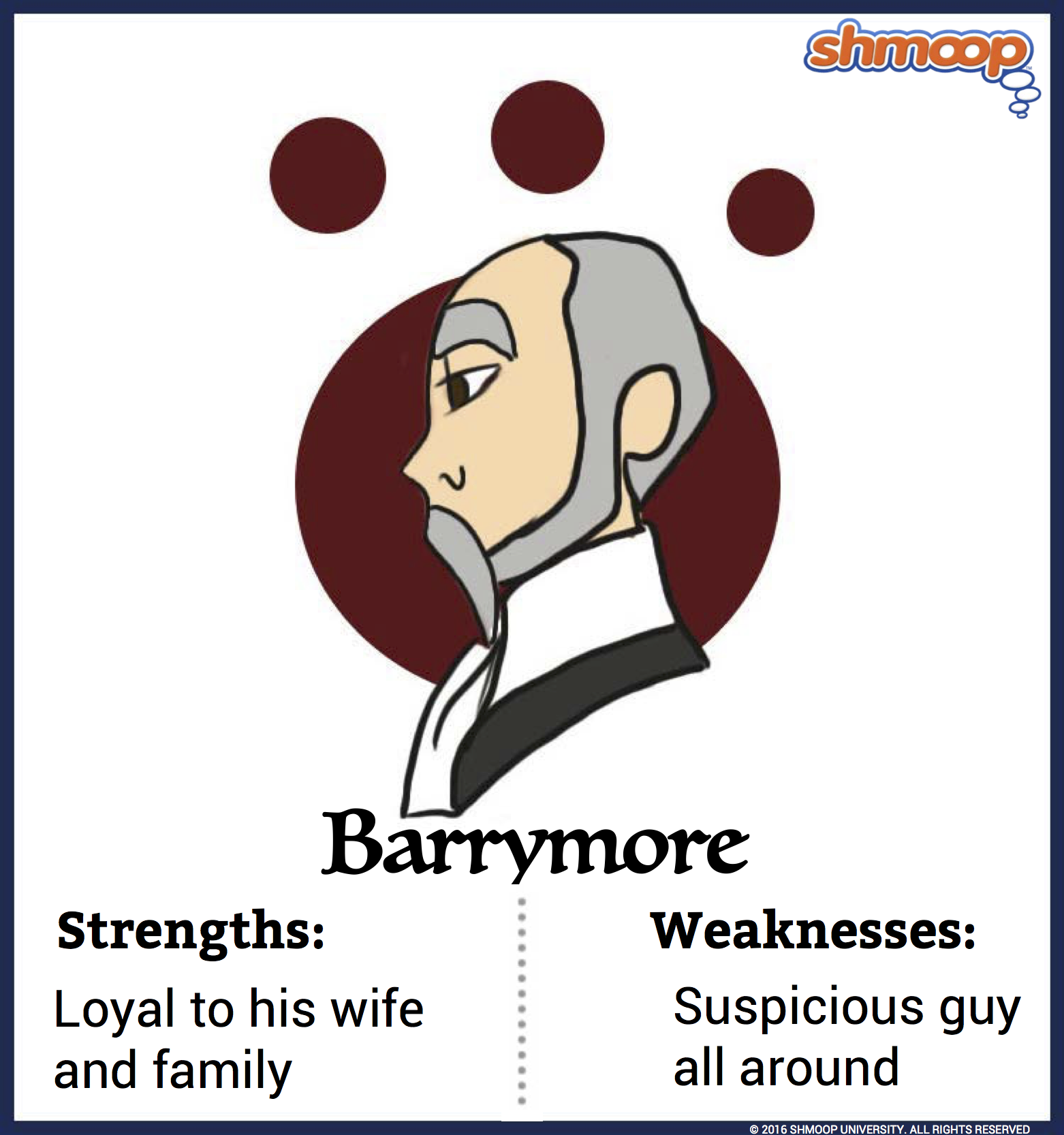 You know the classic detective story cliché, "The butler did it?" Well, Barrymore is the butler at Barrymore Hall. And he does seem suspicious: first of all, he has a giant beard like the one worn by the man Homes sees trailing Sir Henry in London. As the only large-bearded man in the neighborhood of Baskerville Hall, Barrymore's instantly suspect.

What's more, Barrymore is planning on quitting his job as a servant—even though his family has worked at Baskerville Hall for, like, forever (6.63) —because he was attached to Sir Charles and doesn't want to serve Sir Henry. Motive enough to kill him? And Watson notices that Barrymore's wife has been crying a lot.

And check out Barrymore's nighttime activities. In Chapter 8, Watson spots Barrymore in the middle of the night carrying a candle to an empty room with a window facing the moors. There, he holds the candle and looks out into the dark. He sees something, groans, and then goes back the way he came. This isn't exactly the behavior of a man with no secrets.

But, as the great Cecil Adams points out in his fantastic blog post on "butler did it" clichés in detective writing, it's kind of obvious and cheap for the butler to be the culprit in a murder mystery. It's too facile (look it up) an explanation, because the butler often has some kind of reason to kill his employer, and he has easy and total access to his employer's household. In The Hound of the Baskervilles Barrymore is our first suspect, which makes it even less likely that he'll be the one who did it in the end.

And sure enough, it turns out that Barrymore's reason for signaling the moors has more to do with his loyalty to his wife and her family than any disloyalty to Sir Henry. He's staying in touch with his unfortunate brother-in-law (and escaped convicted murderer) Selden, rather than somehow sending signals to the Hound of the Baskervilles.

Once Sir Henry and Watson clear up this mystery, they immediately forgive Barrymore his troubles. In fact, it brings everyone closer together: once Barrymore realizes that Sir Henry is on his side, he finally tells Sir Henry that all-important detail about Sir Charles receiving a note from "L.L." on the day he died.

Thus, the whole Barrymore storyline turns out to be a red herring, which means that it's an obvious clue that has been stuck into the storyline to distract you from the real plot (in this case, Stapleton's scheming behind the scenes). Contact Shmoop immediately if you find out why they call it a "red herring."