The Hound of the Baskervilles Contrasting Regions: The Moors and London

Contrasting Regions: The Moors and London 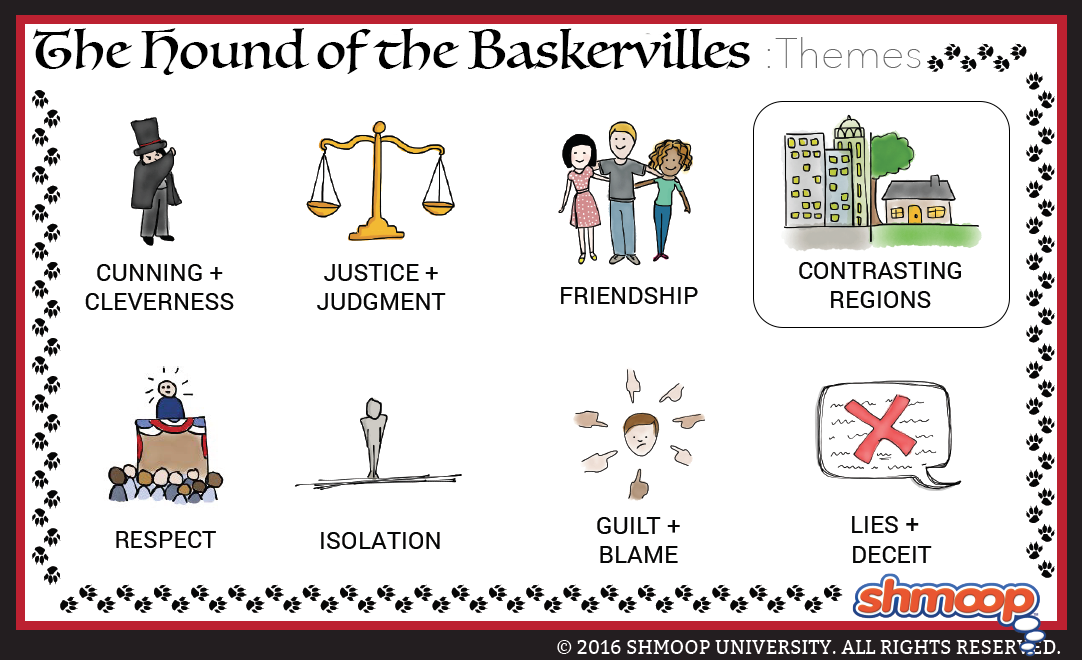 In The Hound of the Baskervilles, London is a glittering place of art galleries, opera performances, swanky hotels, taxis, and lots of people who enjoy them. (It had its dodgy areas, like all big cities, but that wasn't where Holmes and Watson hung out.) Dartmoor, on the other hand, is a place of gloomy estates, dangerous bogs, ancient ruins, and fire-breathing ghost dogs—the Dark Side.

It's almost like there are two separate worlds in this novel, one modern and understandable; the other primitive, unpredictable, and filled with superstition. Leave it to Holmes to be at home in either space. The master detective isn't going to let little things like the Grimpen Mire or a monster pup keep him from applying his impressive intellect to the job at hand.

Questions About Contrasting Regions: The Moors and London

While Holmes makes himself comfortable camping deep in the moors, his character remains essentially associated with urban environments.

In this novel, London represents progress, technology, and modernity (good) and the moors represent the past, superstition, and danger (bad). But in a lot of recent literature and film, the tech future ain't looking all that fun (Gattaca, Minority Report, Blade Runner, Wall-E, to name just a few). At the time this novel was written, new technology was all the rage. What happened to the idea that technology would save us all?