The Hound of the Baskervilles Friendship 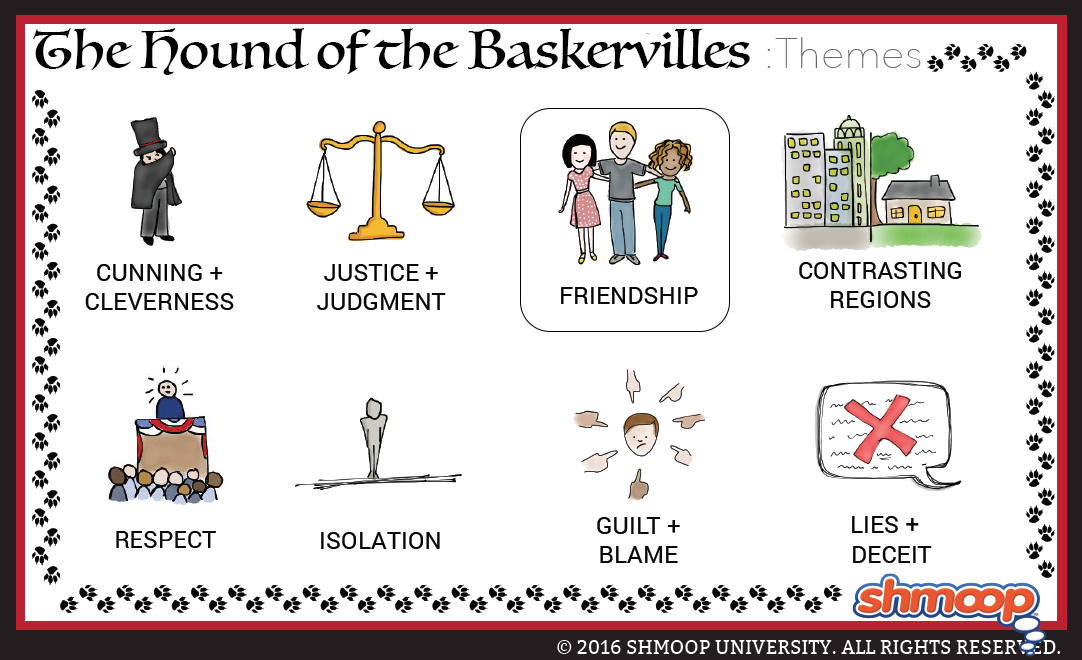 Holmes and Watson's friendship is the stuff of legends: it's been at the center of about a thousand spin-offs and TV shows, including the BBC's contemporary version Sherlock, CBS's gender-switched version (with Lucy Liu as Watson), and tons more. Everyone knows that there would be no Holmes stories without his faithful biographer and comrade.

Still, we particularly like Conan Doyle's representation of their friendship in The Hound of the Baskervilles. At this point, Conan Doyle had already published two other Holmes novels and two short story collections about the famous duo. So Watson doesn't have to spend much time introducing Holmes to his audience.

Instead, Holmes and Watson tease each other like any pair of comfortable old friends do. Holmes relies on Watson to do some investigating for him on his own, and Watson refers to his long history with Holmes to illustrate that they've been fighting crime side-by-side for ages now. There's a cozy familiarity to their friendship in The Hound of the Baskervilles.

While Holmes interacts with other characters in The Hound of the Baskervilles, including his assistant Cartwright and his employer Sir Henry, all his relationships with characters other than Watson exist primarily to support his murder investigations.

Conan Doyle uses Watson's letters to illustrate the friendship between Holmes and Watson even when the two characters are separated. Given his close relationship with Watson, Holmes would definitely need an unlimited texting plan.