The Hound of the Baskervilles Isolation 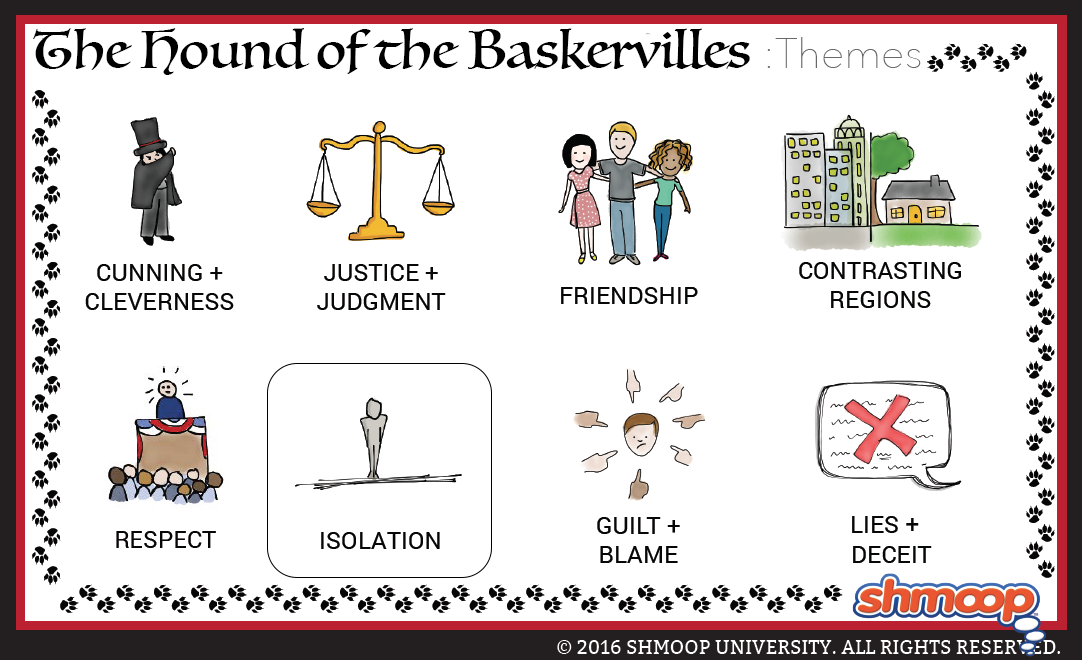 What makes a person feel psychologically isolated or alienated? Well, he or she could be in new and unfamiliar territory (Watson, Sir Henry); having to keep secrets (Holmes, the Barrymores, Stapleton); or feeling threatened (Sir Charles, Beryl, and Laura); And when you're feeling isolated from your friends and your community for whatever reason, it's easier for people to scare you.

While many of the characters in The Hound of the Baskervilles struggle with isolation, Conan Doyle represents Stapleton as the furthest outside a real social network. Stapleton's weak and broken relationships with others suggest that being a criminal is, by its nature, an isolating experience. Maybe that's why people might join a gang or look for a "partner in crime."

Holmes's self-imposed, intellectual isolation contrasts with the emotional loneliness of other characters like Watson and Sir Henry, emphasizing his intellectual approach to human relationships.