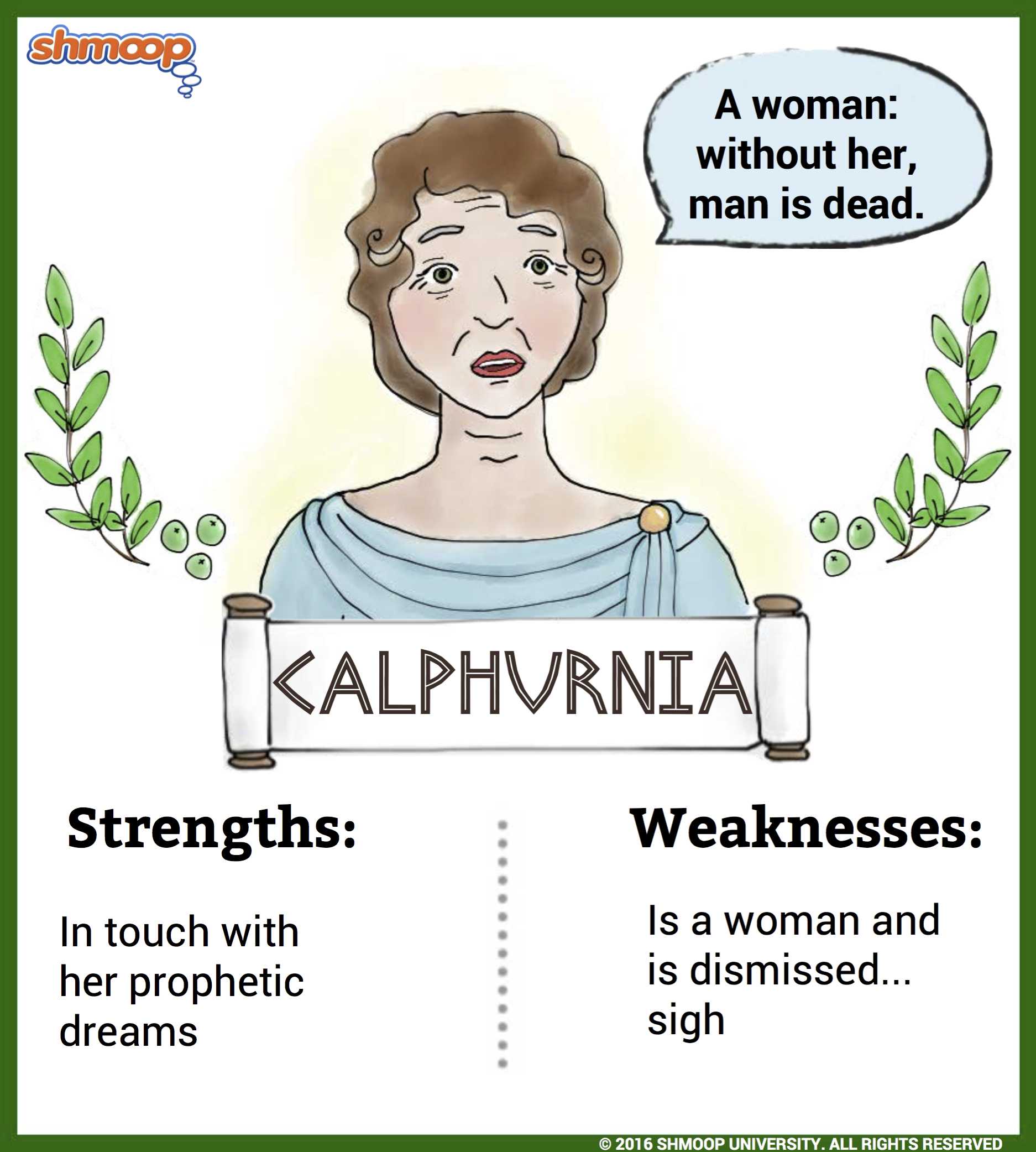 Calphurnia is Julius Caesar's wife. Just before Caesar is assassinated at the Capitol, Calphurnia has an ominous dream that seems to predict Caesar's violent death. She begs Caesar to stay home, but her husband blows her off:

Calphurnia here, my wife, stays me at home.
She dreamt tonight she saw my statua [statue],
Which, like a fountain with an hundred spouts,
Did run pure blood: and many lusty Romans
Came smiling and did bathe their hands in it.
And these does she apply for warnings and portents,
And evils imminent, and on her knee
Hath begged that I will stay at home today. (2.2.80-87)

Calphurnia's dream of Caesar's body spurting blood like a fountain turns out to be pretty prophetic. (Remember, Caesar is stabbed 33 times and the conspirators stand around afterward and wash their hands in his blood.) So why doesn't Caesar pay attention to his wife? At first it seems like Caesar is going to heed his wife's warning. But Calphurnia's attempts to protect her husband are completely undermined when Decius shows up and says girls don't know how to interpret dreams. If this dream had come from someone other than Calphurnia (who is a woman and thus considered less insightful during Caesar's day), would Caesar have listened?