The Hyena / The Cook in Life of Pi

The Hyena / The Cook 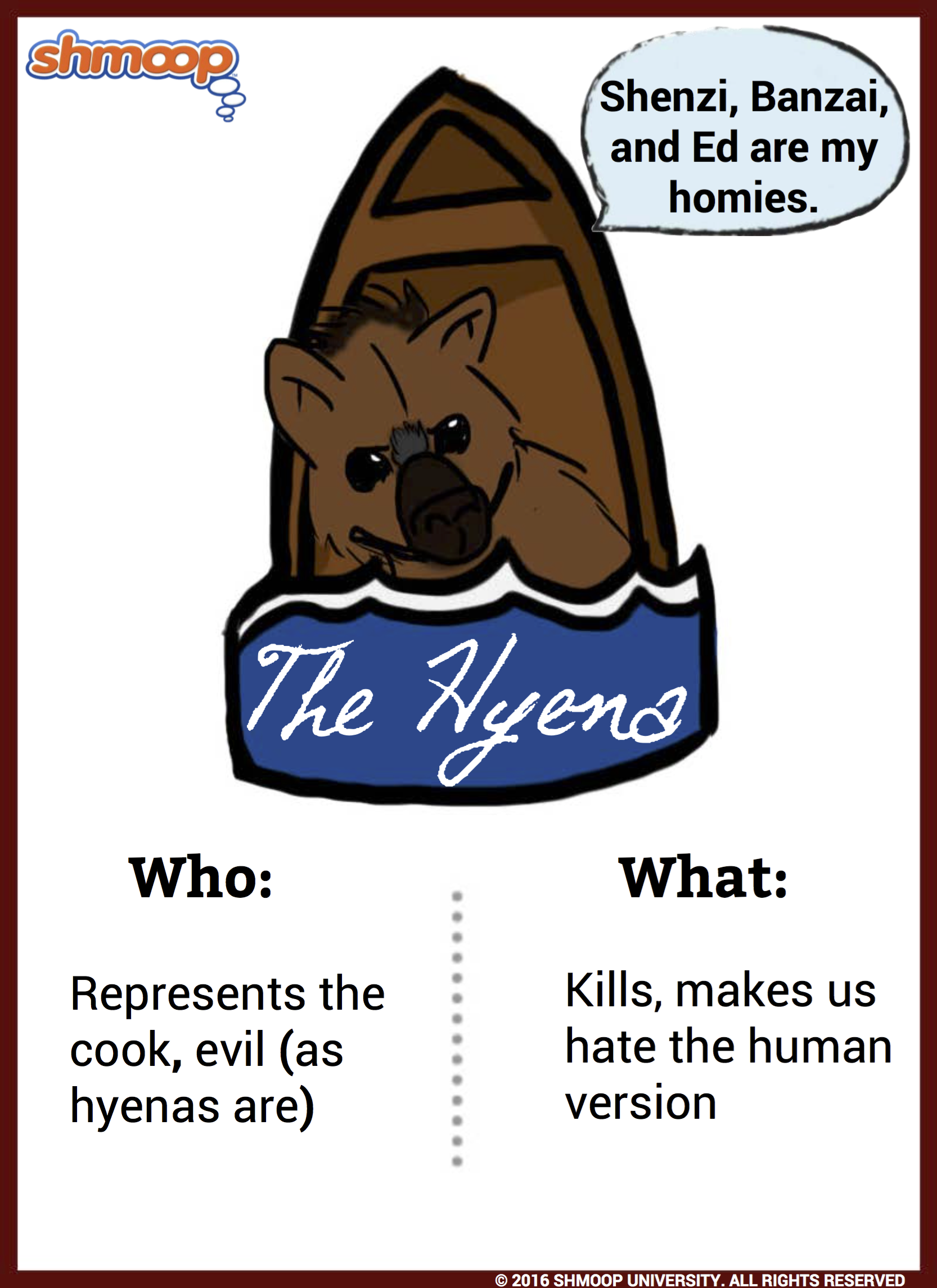 If there's anything like pure evil in Life of Pi, it comes in the form of the hyena, who, in Pi's second version of his experiences at sea, is the ship's cook.

In a way, it's much more understandable in the form of the hyena. If watching The Lion King has taught us anything, it's that hyenas are vicious animals—it shouldn't surprise us that the hyena would eat a zebra and kill an orang-utan. Its cowering (putting the zebra between itself and Richard Parker) doesn't seem like cowardice: rather, it seems like something hyenas just do. When the hyena tears into Orange Juice's throat, we despise the animal, but it not as an individual with choices. It's a dang hyena.

But when the hyena transforms into the cook in Pi's second story, his ugly actions plumb the depths of human evil. How could anyone do such a thing? The cook makes the second story horrific. We can no longer explain the cook's savagery the same way we explained the hyena's killings. It's easy enough to say, "It's a hyena. It's hyena-ing." It's significantly harder to shrug and say, "Oh, he's human. That's what humans do."

Martel throws a great big complication into his story with these characters. If you've ever taken a philosophy class, it's what philosophers call "the problem of evil." How could God – all-powerful and all-just – tolerate evil? How could he create humans who do such evil things? Martel answers the question by restructuring it: How can we not believe in God – in the explanatory power of religion and fiction – when we're faced with such evil?