The Zebra / the Taiwanese Sailor in Life of Pi

The Zebra / the Taiwanese Sailor 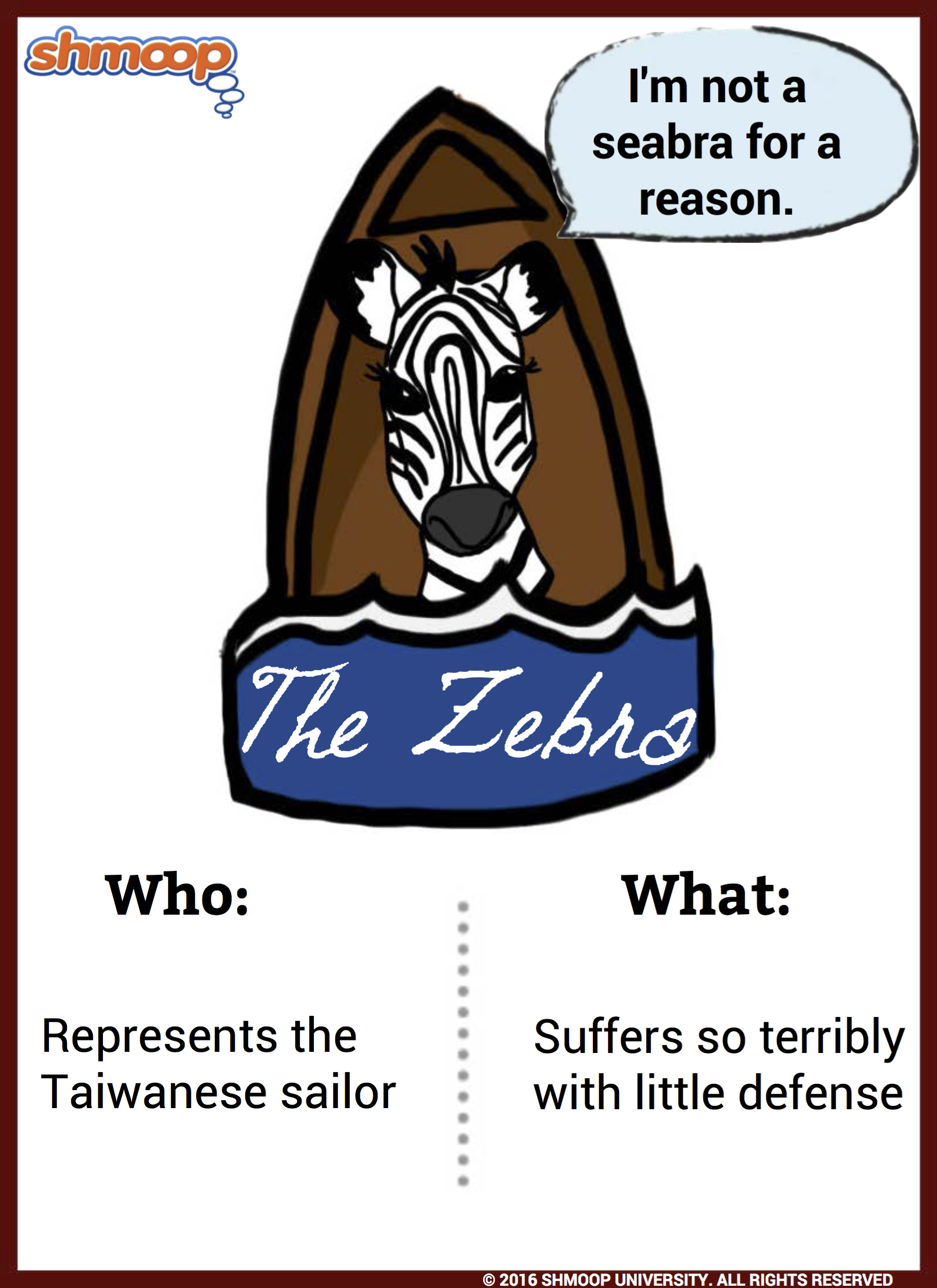 The Taiwanese sailor simply suffers. In the second (animal-less) story told by Pi, the cook needlessly amputates the sailor's broken leg to use as fishing bait. The zebra, in the story with animals, breaks his leg jumping onto the lifeboat only for the hyena to tear off the limb. In fact, the hyena eats the zebra alive, and Richard Parker finishes the job.

Perhaps Martel uses the sailor and zebra to remind us that savagery has a devastating effect on others. It sounds simple, but the sailor/zebra suffers so much and so gruesomely we can't help but see him/it as an image of suffering. After the cook amputates the sailor's leg, the sailor "kept looking at the limb, as if imploring it to return" (3.99.248). Doesn't extreme violence irreparably disable others?

We pity the sailor and zebra: they suffer bravely. And they illuminate other characters: the cook/hyena is shown to be an almost demonic figure of evil. Pi, in some ways, doesn't protect the sailor from the cook and this magnifies his guilt. Pi's mother gives the sailor water to drink and does all she can to defend him, which emphasizes her maternal kindness.