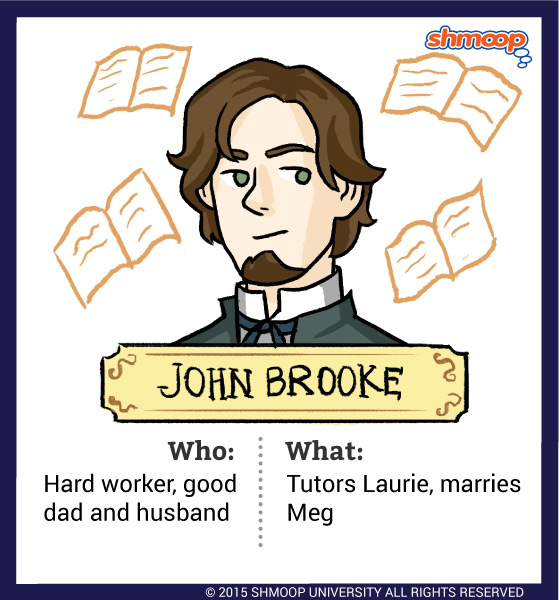 John Brooke is a hard-working, orphaned young man who is forced to take a job as Laurie's tutor in order to support himself – despite the fact that he is only a few years older than Laurie. He is quiet and reserved, but he quickly falls in love with pretty, demure Meg. After he impresses Mr. and Mrs. March with his upright character, he's given permission to court Meg. At first Meg enjoys toying with John's feelings, but when Aunt March tries to convince her that she should marry for money, she passionately defends John. Since John overhears her, it's pretty certain that they're going to get engaged. John makes the perfect husband and father, and he and Meg live happily, though not uneventfully, after.