The Merchant of Venice Friendship 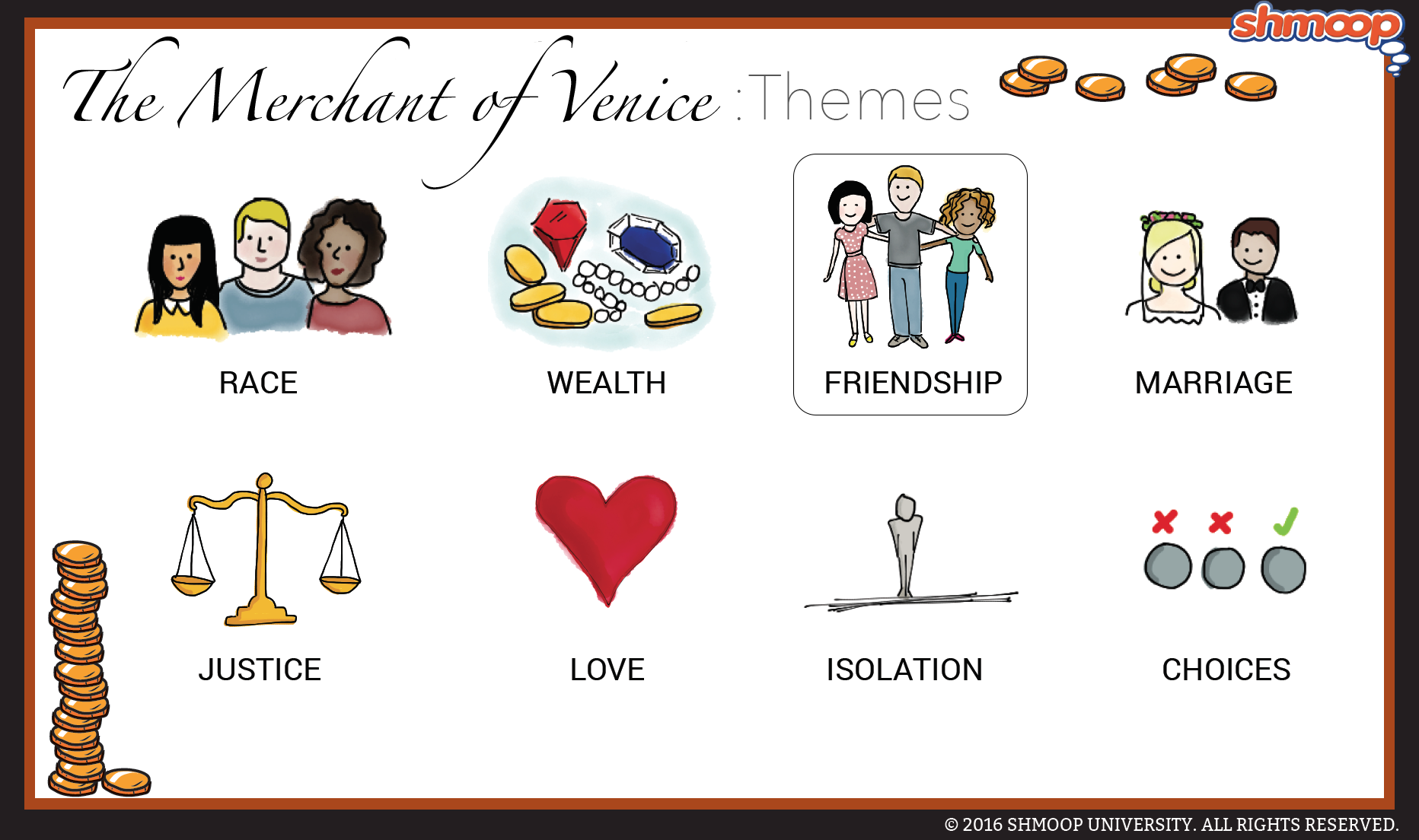 "To you, Antonio, / I owe the most, in money and in love" (1.1.4). This is what Bassanio says as he prepares to court his future wife. Like Two Gentlemen of Verona, The Merchant of Venice is interested in the dynamics of male friendship, a bond that's often valued above all other relationships (especially heterosexual romance and marriage).

Antonio loves Bassanio enough to give his life for him—indeed it seems that Bassanio's pursuit of a wife is the cause of Antonio's deep melancholy, which may suggest that his affection for his friend is romantic in nature. In the end, though, The Merchant of Venice is a Shakespearean comedy, which means that Bassanio's marriage to Portia replaces his bromance with Antonio.

Antonio's sadness at the beginning of the play stems from his affection for Bassanio, who is too busy wife-hunting to pay attention to his friend.

Bassanio loves Antonio more than his wife, which is why he runs off to Antonio's trial immediately after his wedding and gives away Portia's ring.