The Merchant of Venice Isolation 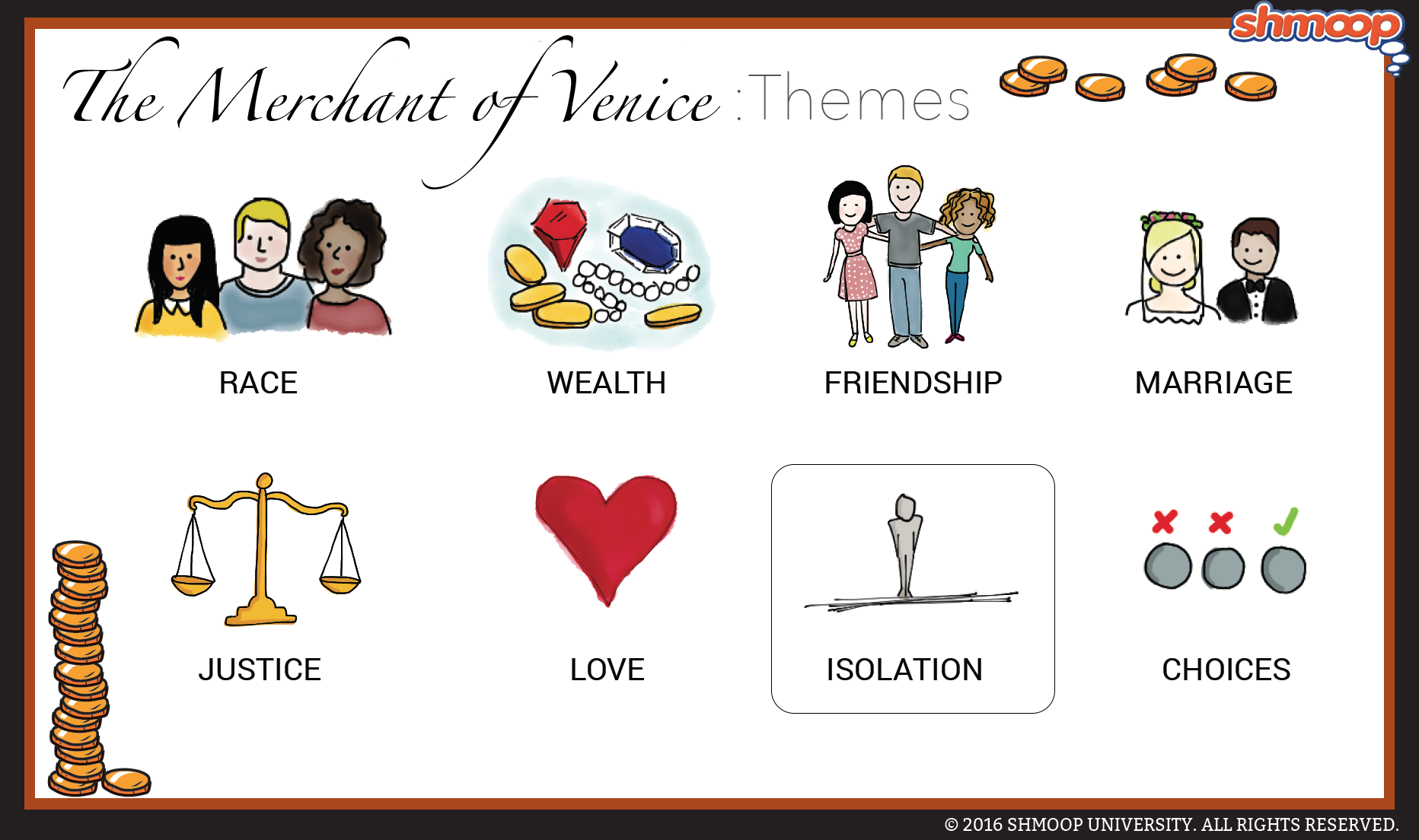 The Merchant of Venice is no puppy pile or cuddle puddle: it's riddled with characters who feel a deep sense of isolation. The characters clash on a variety of levels, as they come from different backgrounds and life situations and have different points of view.

The most potent isolation is caused by religious estrangement. Shylock is isolated because he is Jewish—his religious beliefs and cultural values remain fundamentally at odds with those of his fellow Venetians. Antonio is isolated by his relationship with Bassanio; their interaction seems to be defined and limited by what could be romantic love on Antonio's part. Isolation is a fact of life for the characters, and it proves to be fairly insurmountable.

Even though Shylock has some friends (like Tubal) he's isolated from most of the characters in the play, even his own daughter.

Bassanio is the only character who is not isolated in the play. He stays friends with his friends and is never as much of an enemy to Shylock as the others are. Bassanio avoids isolation by being relatively innocuous.