The Merchant of Venice Justice 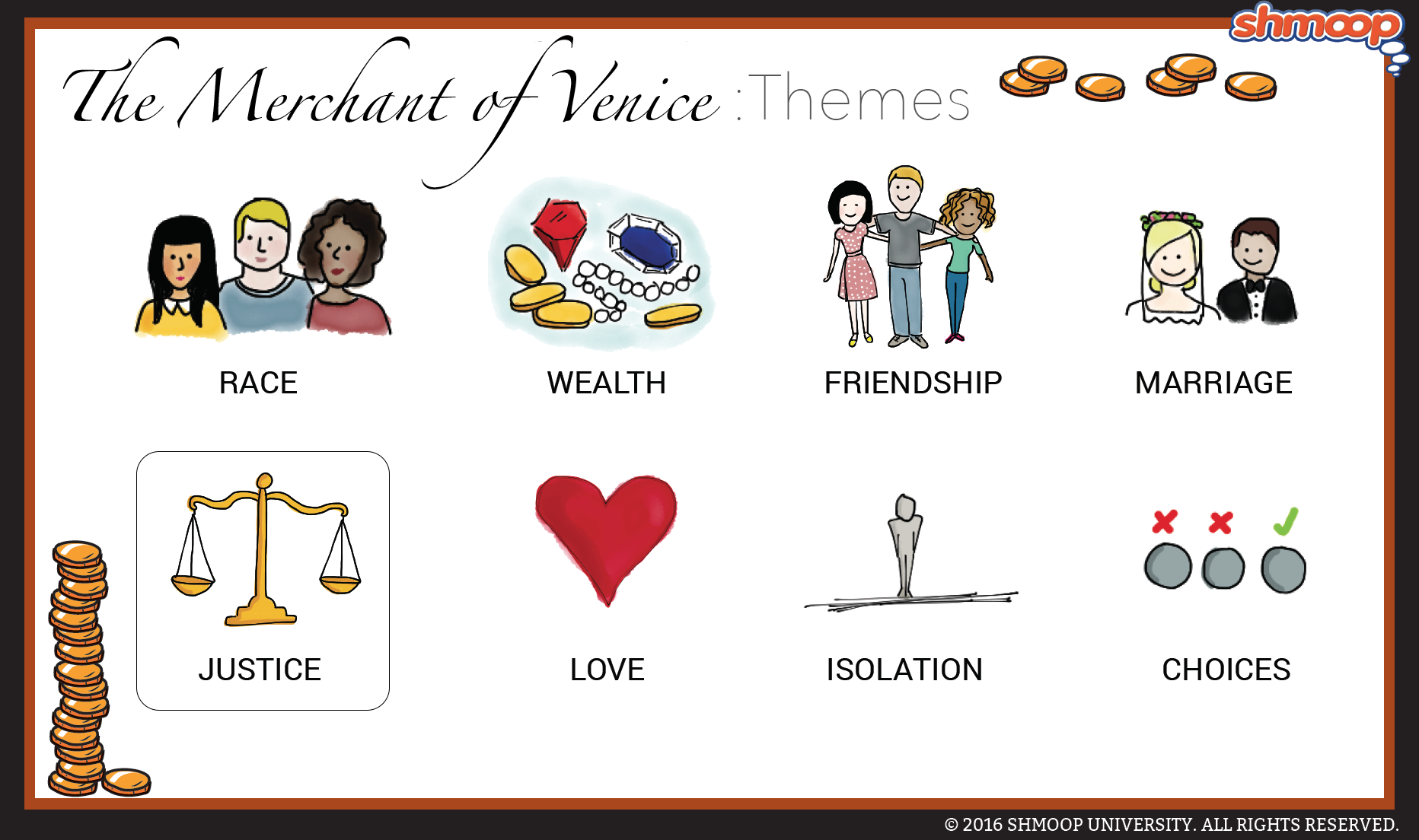 Because Venice's economic stability depends on foreign businessmen like Shylock, the city has laws in place to protect their legal rights. Although the law is on his side when he goes to court and demands his "pound of flesh," Shylock is expected to show mercy. Instead, he insists on getting his pound of flesh. Throughout the play, Judaism is associated with the Mosaic code (from Leviticus and Deuteronomy in the Old Testament), with its strict emphasis on justice and following the letter of the law. Christianity, on the other hand, is associated with the New Testament's emphasis on God's mercy and offer of salvation.

The Merchant of Venice is inherently unsatisfying as a play because there is no sense of justice. Shylock is simply removed from the proceedings, and the broken romances are repaired in an unrealistic fashion by Portia and Nerissa forgiving their husbands. Antonio is never called to account for his wrongs, and there is little character development, as characters never realize their flaws and transform themselves.

The Merchant of Venice is a realistic play because life isn't always fair, and things don't always wrap up neatly. If Shakespeare had provided a clean and just resolution to all of the play's tensions, he would have been undermining and simplifying the complexity of the difficult topics dealt with in the play.