The Merchant of Venice Love 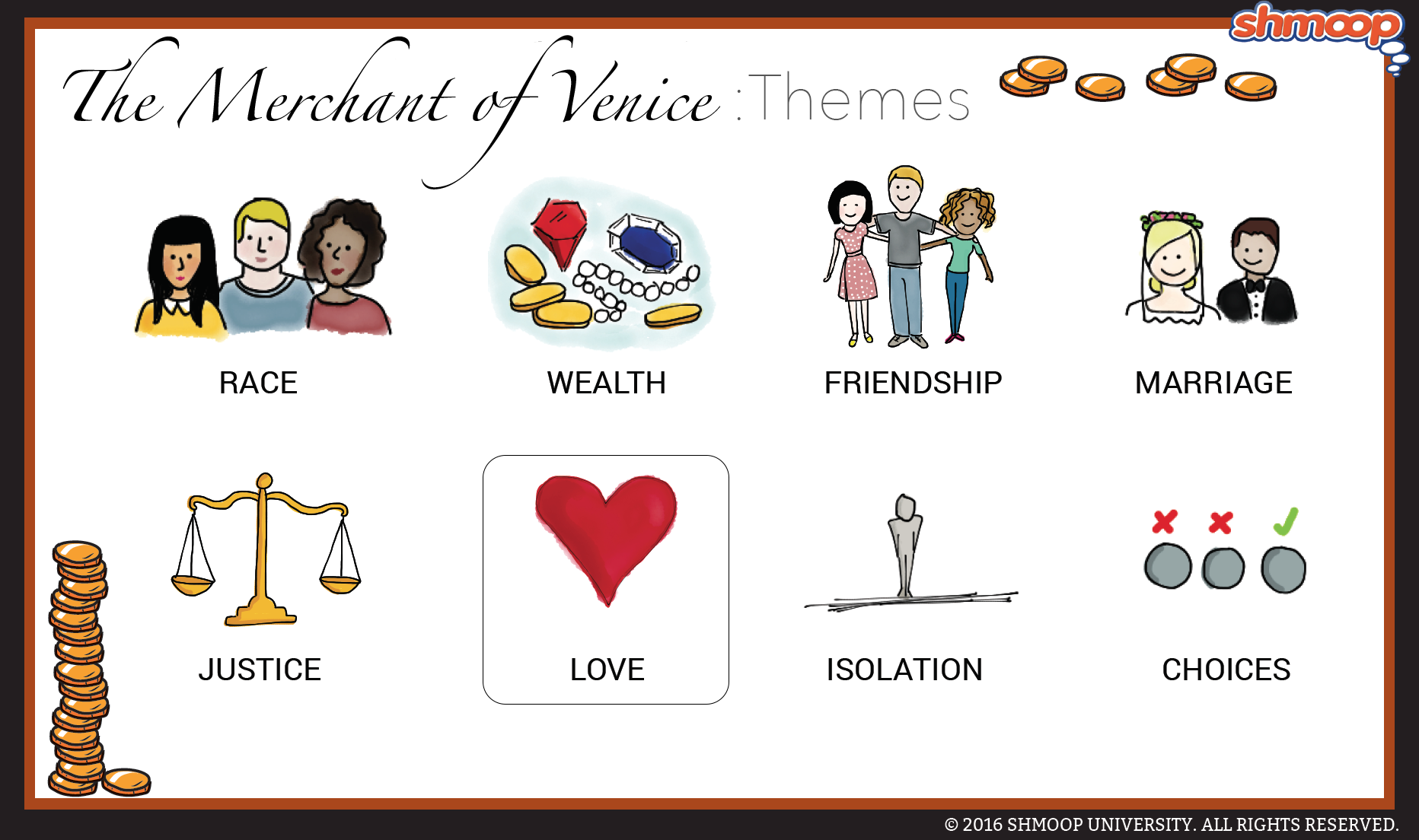 Love in The Merchant of Venice is not quite all you need. Sure, there's love between family members, between friends, and, of course, between lovers. But love is more notable for its absence than its presence in the play. The Beatles would be less than pleased.

Love often goes hand in hand with betrayal. Bassanio says he "loves" Portia... but he courts her for her money. At times, the same seems true of Lorenzo's interest in Jessica. Women seem happy to give love, but they do so with a bit of cynicism. Antonio clearly loves Bassanio (whether romantically or not), but he ultimately must subordinate this love to Portia's more formal marriage with him. Love is regulated, sacrificed, betrayed, and generally built on rocky foundations in the play.

Portia does not love Bassanio. We know, based on her of citing the Hercules myth, that Portia knows he is using her to get to her money. Because she's a practical woman, she's convinced herself to care for him anyway. She's making the best of a bad situation, which is why she's willing and interested in asserting her power over him at the end of the play.

Even though he is too gruff to express it, Shylock truly loves his daughter Jessica. When she deserts him, leaving him entirely alone in the world, he is transformed from a mildly grumpy man into an actively malicious one.