The Merchant of Venice Marriage 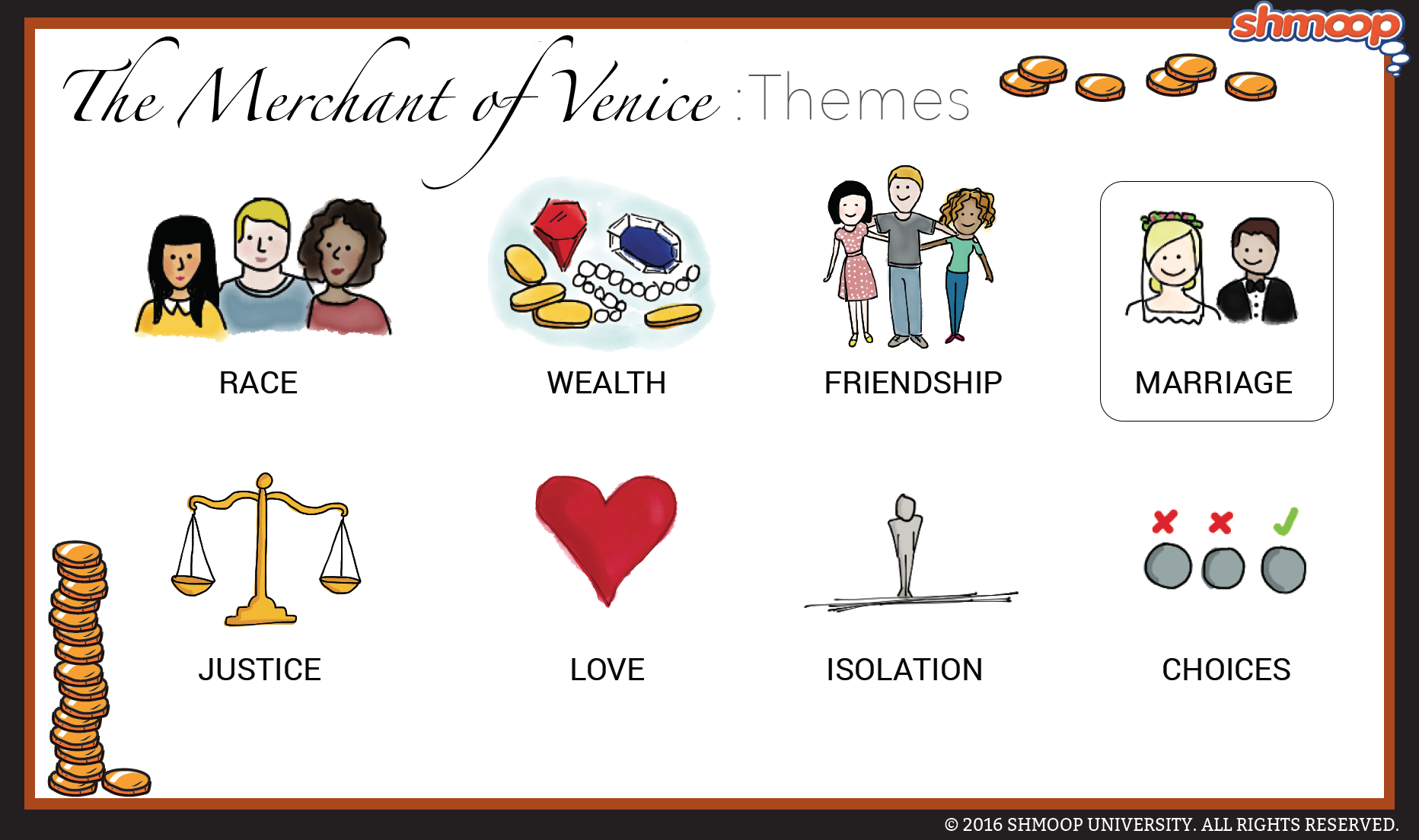 These days we tend to associate marriage with romantic love (and delicious cake) but in Shakespeare's day that wasn't necessarily the case. Marriage is portrayed in several different ways in The Merchant of Venice: as a risky business venture, a mythological quest, a chance for an unhappy daughter to escape her father's home, a way for a father to transmit his wealth to the man of his choosing, and even an opportunity for two men to become more secure in their friendship. What's even more striking about marriage is that, even though it becomes the most important relationship by the end of the play, it's pitted against the bonds of male friendship throughout.

Marriage is not a romantic affair in the play, and neither men nor women are under the impression that it is. All of the marriages in the play exist for convenience or necessity. Romance can follow, but it isn't a requirement, which may be why partners seem willing to forgive each other and compromise.

Even though Antonio repeatedly tries to insert himself between Bassanio and his new wife, Portia makes sure that her husband's best friend becomes the third wheel in the relationship.