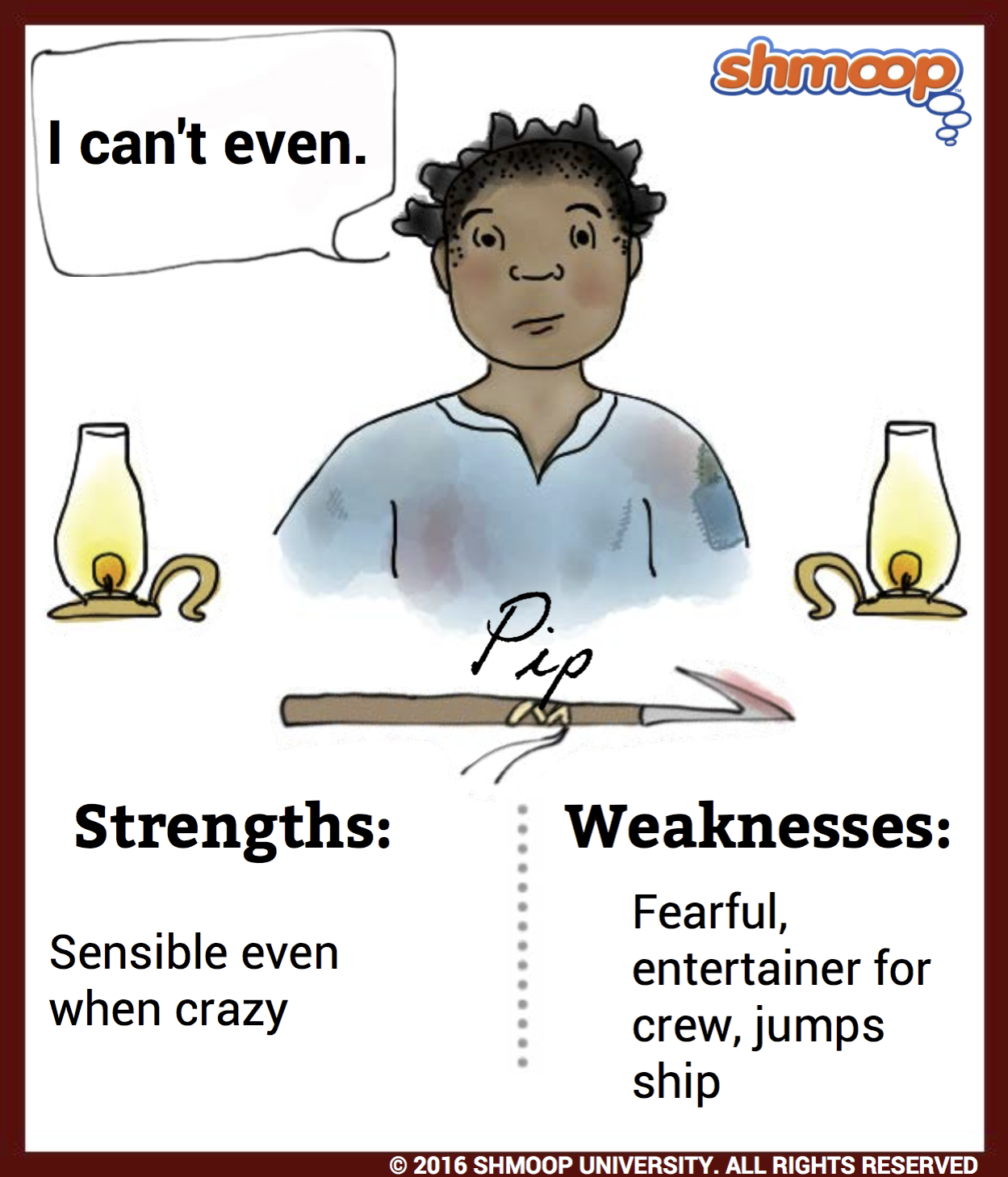 Poor Pip. First he's saddled with one of the more unfortunate names we can think of and then he goes whaling on the dang Pequod.

Pip is a young African-American boy, one of the lowest-ranking sailors on board the Pequod. Early in the novel, we see other sailors calling to him to get out his tambourine and play them a tune, and we get the sense that he has to perform for them like this a lot.

When one of Stubb’s men gets injured, Pip is assigned as an oarsman on Stubb’s boat. Unfortunately, Pip doesn’t really have the temperament for whaling, and he leaps out of the boat in fear when a whale slams into it. Stubb gives him a second chance, but when Pip jumps out of the boat again, Stubb leaves him behind and Pip’s only rescued by chance.

After spending half an hour floating in the open sea alone, Pip’s mind is permanently cracked, partly out of fear and partly because he had a strange, transcendent experience of God while stranded in the water. He starts to believe that "Pip" is gone forever, having leaped out of the boat, and that the man who remains doesn’t really know who he is.

When Ahab sees what has happened to Pip, he feels both kinship and pity, and invites Pip to come and live with him in his cabin. At this point Pip seems like one of Shakespeare’s fools, especially the fool who counsels King Lear. Ahab must reject Pip, however, before he can carry out his vengeance—even while crazy, Pip has too many sensible things to say about the doom that Ahab is going toward.

As the only major African-American character in an American novel written in 1851, ten years before the beginning of the Civil War, Pip has special significance. His treatment (both by the other characters and by the novelist) provides a commentary on the problems of slavery and racism that plague the United States in the nineteenth century. For more on that, check out what Shmoop has to say about the "Causes of the Civil War."