Dale Harding in One Flew Over the Cuckoo’s Nest 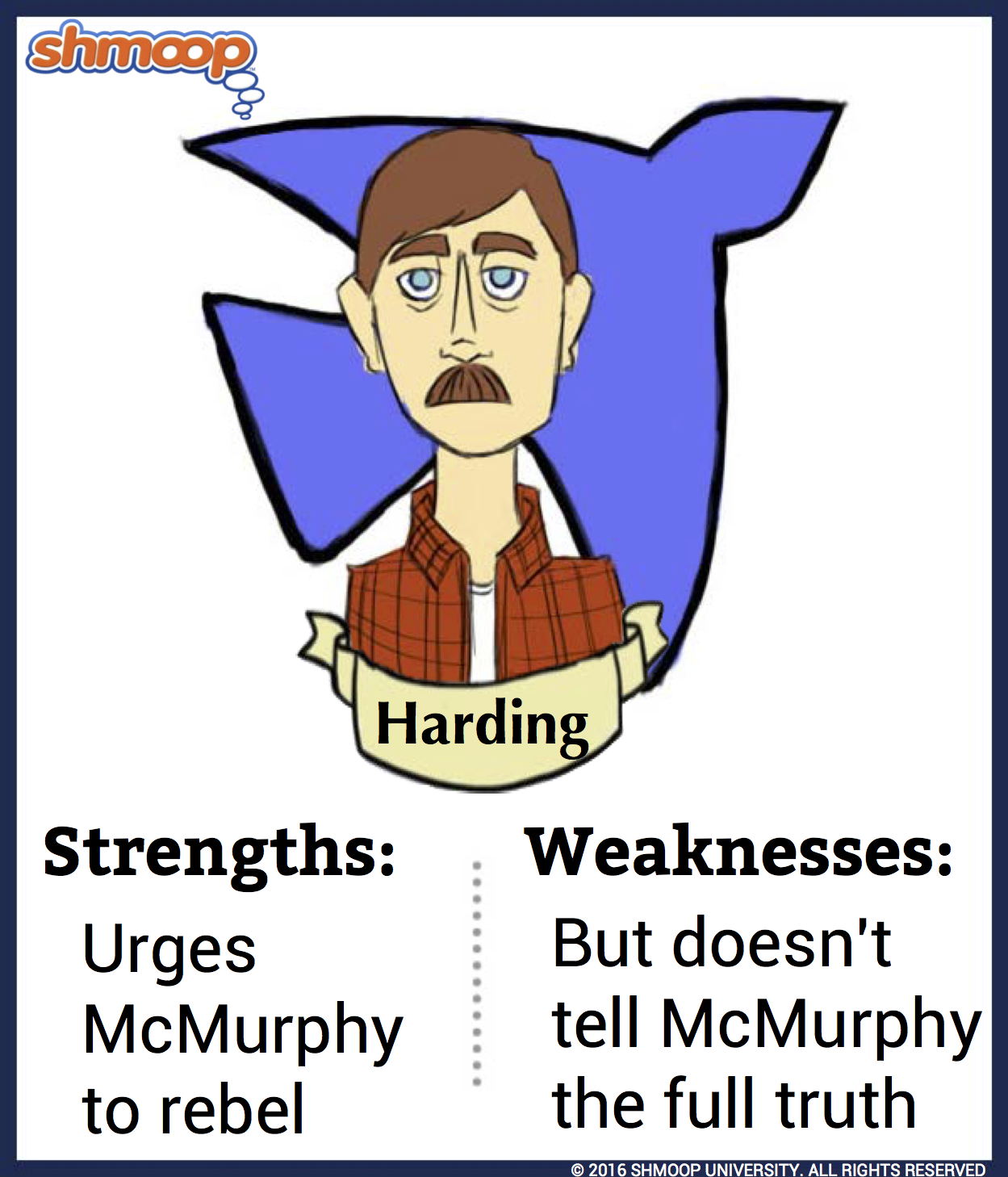 Until McMurphy shows up, Dale Harding is the natural leader among the Acutes—the one everybody looks up to and follows in times of crisis. But he doesn’t seem to resent McMurphy taking over. Instead, he follows McMurphy as willingly as all the rest of the patients.

Because Harding is relatively normal, and is in the hospital voluntarily, he plays three important functions in the plot. First, in the afternoon meeting when Harding’s "problems" are discussed, McMurphy is able to see how Nurse Ratched takes away the men’s power by exploiting their weaknesses and turning them against each other. Second, Harding is the one who urges McMurphy on to rebellion. Third, Harding is the one who points out that McMurphy has the most to lose if he doesn’t win—because McMurphy is actually committed and Nurse Ratched can keep him around forever. This key piece of information makes McMurphy feel betrayed. Why didn’t the men tell him what he had to lose by rebelling? Harding seems almost malicious when he tells McMurphy this and although we know later that he is on McMurphy’s side, it is possible to interpret his failure to tell McMurphy the full truth as a secret plot to allow McMurphy to destroy himself.