Hobbits in The Return of the King 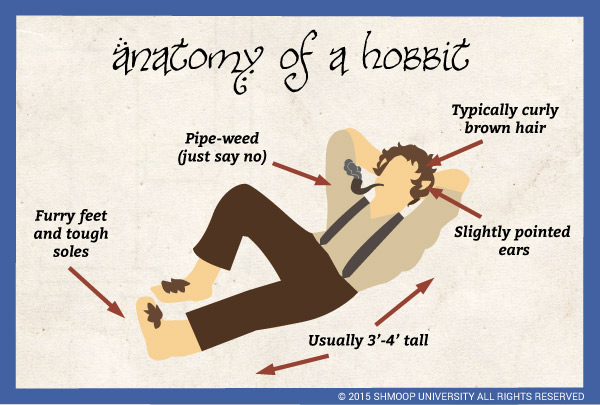 Sam and Rosie's first child. In the appendices, we discover that golden-haired Elanor goes on to be a handmaiden of Arwen in the court of Gondor.

The father of Rosie Cotton and Sam's future father-in-law. Farmer Cotton is also a level-headed guy who agrees to follow Sam in the fight against the hundred or so Isengarders who have come to make Shire life a misery. He has been a huge help to Sam's poor father in this time of trouble, supplying the Gaffer with extra food since he has been kicked out of his comfortable home at Bagshot Row.

Fatty Bolger is a good friend of Frodo; he stayed behind in the Shire to act as a decoy for the Nazgûl back in The Fellowship of the Ring. But now we find out that, during the Shire's bad year when Frodo and his friends were off fighting Sauron, Fatty tried to arrange a desperate rebellion against the Isengarders. As punishment, Fatty has been thrown into the Lockholes (prison). He is so weak and thin from starvation when he is freed that he has to be carried out by his friends. But he eventually recovers from his ordeal.

When Sam returns to the Shire, he discovers that his vision from Galadriel's Mirror—that his father's home would be dug up and his father made homeless—has come horribly true. The old Gaffer, Sam's dad, has been kicked out of his house at Bagshot Row to make room for the new, ugly mill that Lotho Sackville-Baggins has built. He is living as best he can in a makeshift apartment initially built as a temporary shelter during the construction of the new mill. As soon as the Scouring of the Shire is over, one of the first things the Shire does is to rebuild Bagshot Row. The Gaffer soon finds a comfortable home here in New Row.

Hob is one of the poor hobbits forced to watch the gate into the Shire. He initially tells Sam that they are not allowed to share food and pipeweed with strangers, but Sam, Merry, and Pippin soon convince him to share their stores. Hob's terror again foreshadows what the four returning hobbits are going to find in the Shire: bad news.

A second son of Farmer Cotton's; Jolly is the one who brings Sam to see his Gaffer, who has been kicked out of his home at Bagshot Row and placed in an uncomfortable, badly built, ugly new apartment building.

Lobelia is Lotho's mother; she is also greedy and grasping like her son. But to be fair to Lobelia, Lotho's death has clearly broken her heart. She winds up retiring quietly after the Scouring of the Shire; she also freely returns Bag End to Frodo. And when she dies, she leaves all of her money to a charity for hobbits injured or made homeless during the bad year of Sharkey's exploitation. So Lobelia redeems herself in the end.

Pippin's father and the Thain of the Tooks. Paladin has enough resources to fight the Isengarders away from his property at Tuckborough. But the Isengarders have been blocking supplies from getting into Paladin and his family in the hopes of starving them into submission. Pippin goes to join his father in their uprising against the Isengarders.

Robin Smallburrow is one of the Shirriffs who try to arrest Frodo, Sam, Merry, and Pippin for disturbing the peace once they enter the Shire. But Sam appeals to their old friendship, and Robin finally admits that he's not happy with all of this. He was a Shirriff even before the bad year started, but now his duties have changed: he's supposed to be bullying the other hobbits. And he's not allowed to stop. Robin is eager to join in the fight against the bullies from Isengard.

Rosie Cotton is Sam's sweetheart (if you can imagine space for a sweetheart in his mind next to Frodo). When he returns to the Shire, he finds that Rosie has been waiting for him during the year that he has been away. The two remain in love, even after this long separation and the horrible sights they have both seen. After the Scouring of the Shire, Sam marries Rosie and they soon have a daughter, Elanor. Rosie is a solid, kind-hearted woman who is exactly right for Sam. She understands Sam's love and sense of duty towards Frodo, and even agrees to name their first boy after her husband's master. In Frodo's prediction, he foresees at least six kids in their future; we hope that Rosie's got a lot of patience.

Ted Sandyman is the miller; he is the one who builds the hideous new mill, busily polluting the Shire (one of Tolkien's little critiques of industrialization). The mill is pulled down once the Scouring of the Shire has taken place.

The Widow Rumble is looking after the Gaffer. We aren't sure if that means that she is his new housekeeper or a friend or perhaps a new lady love. But when Frodo asks Sam to move in with him at Bag End, and to bring Rosie too, Frodo reminds Sam that the Widow Rumble can take care of his father at the New Row. Frodo tells Sam that he needs to start setting up his own home (inside Frodo's home, in fact).

Will Whitfoot is the Mayor of Michel Delving. When he went to Lotho's home at Bag End to protest these ruffians from Isengard controlling and bullying the hobbits of the Shire, he was captured and thrown into prison at the Lockholes. Once he is freed, after the Scouring of the Shire, he must spend several months recovering his health. In the interim, Frodo acts as Deputy Mayor. But Frodo happily hands his duties back over to Will Whitfoot once he is ready to be Mayor once more. 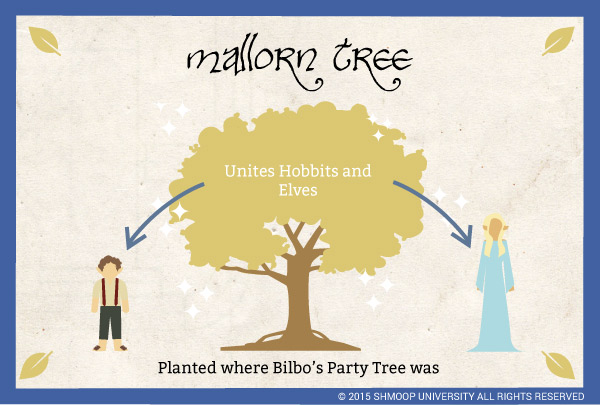