Lady Capulet in Romeo and Juliet 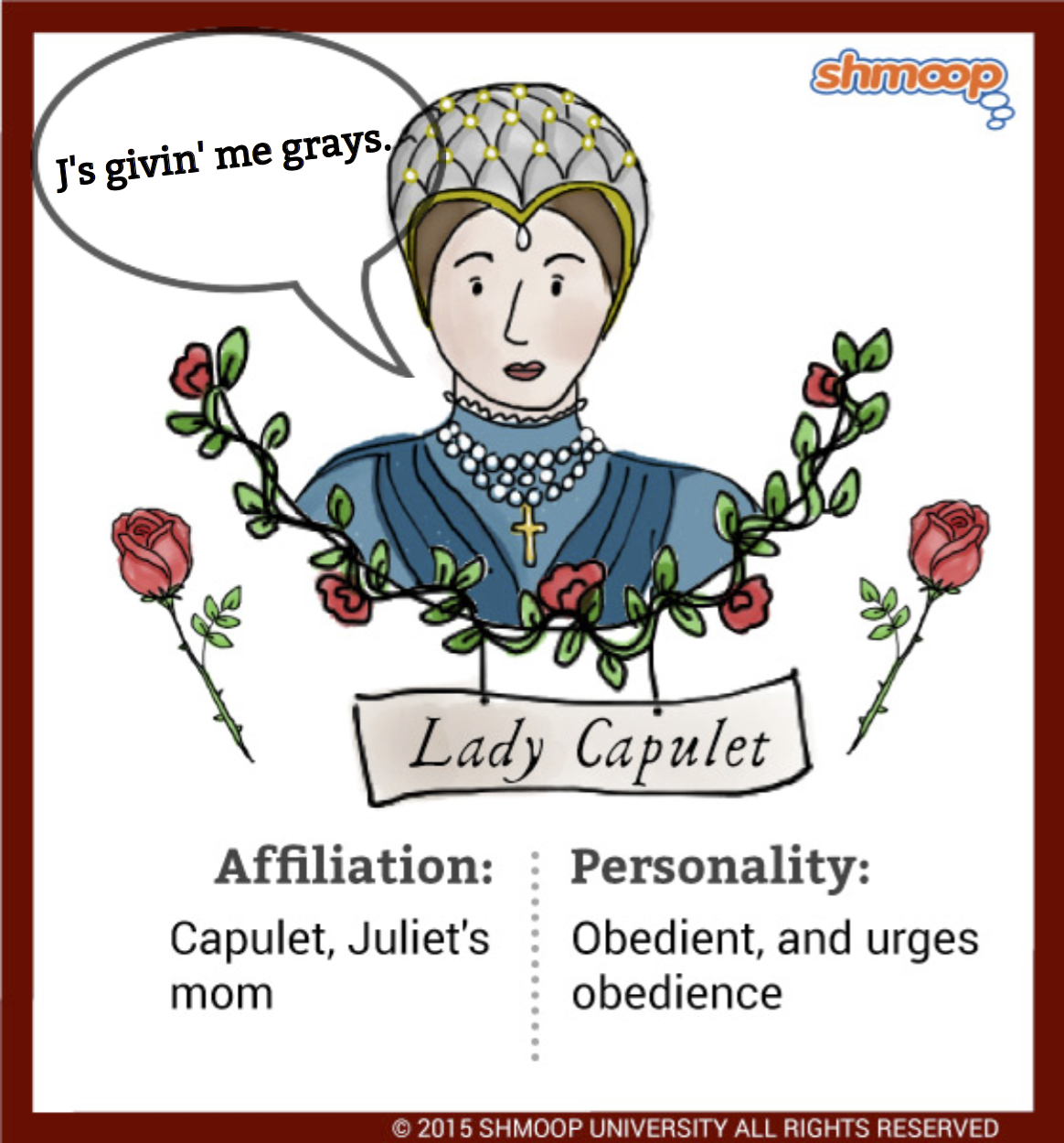 Like many other mothers of teens, Lady Capulet has her hands full with Juliet. Sure, Lady Capulet does make an effort to reach out to her daughter now that she's of an age to be married. But it's obvious that Juliet's closest bond is with the Nurse; Lady Capulet never even comes close to challenging that.

As a result, Lady Capulet doesn't come across as a particularly great mom. But why? Why isn't she close to her daughter? Why isn't she supportive when Juliet needs her most? Just when Juliet needs her mom's support, Lady Capulet coldly ignore her daughter's pleas to help her avoid marrying Paris. After Lord Capulet storms out, Juliet turns to her mother to soften her father's punishment. Juliet begs her even to delay the marriage. Lady Capulet responds, "Talk not to me, for I'll not say a word / Do as thou wilt, for I have done with thee" (3.5.214-215).

There could be a few different things going on here. It seems very likely that Lady Capulet herself had an arranged marriage with Juliet's father, and it seems she went along with it obediently. So, when Juliet rebels against the planned marriage with Paris, she's rebelling against her mother's way of life, and against the kind of marriage that Lady Capulet learned to suffer through. In general, moms don't like that—either in the 21st century or in the 16th century.

There's also the more general issue that Lady Capulet is just being a good, obedient wife by going along with what her husband wants—and the really kooky interpretation that she might be pursuing an affair of her own, given her excessive praise of Paris's pretty face (1.3).