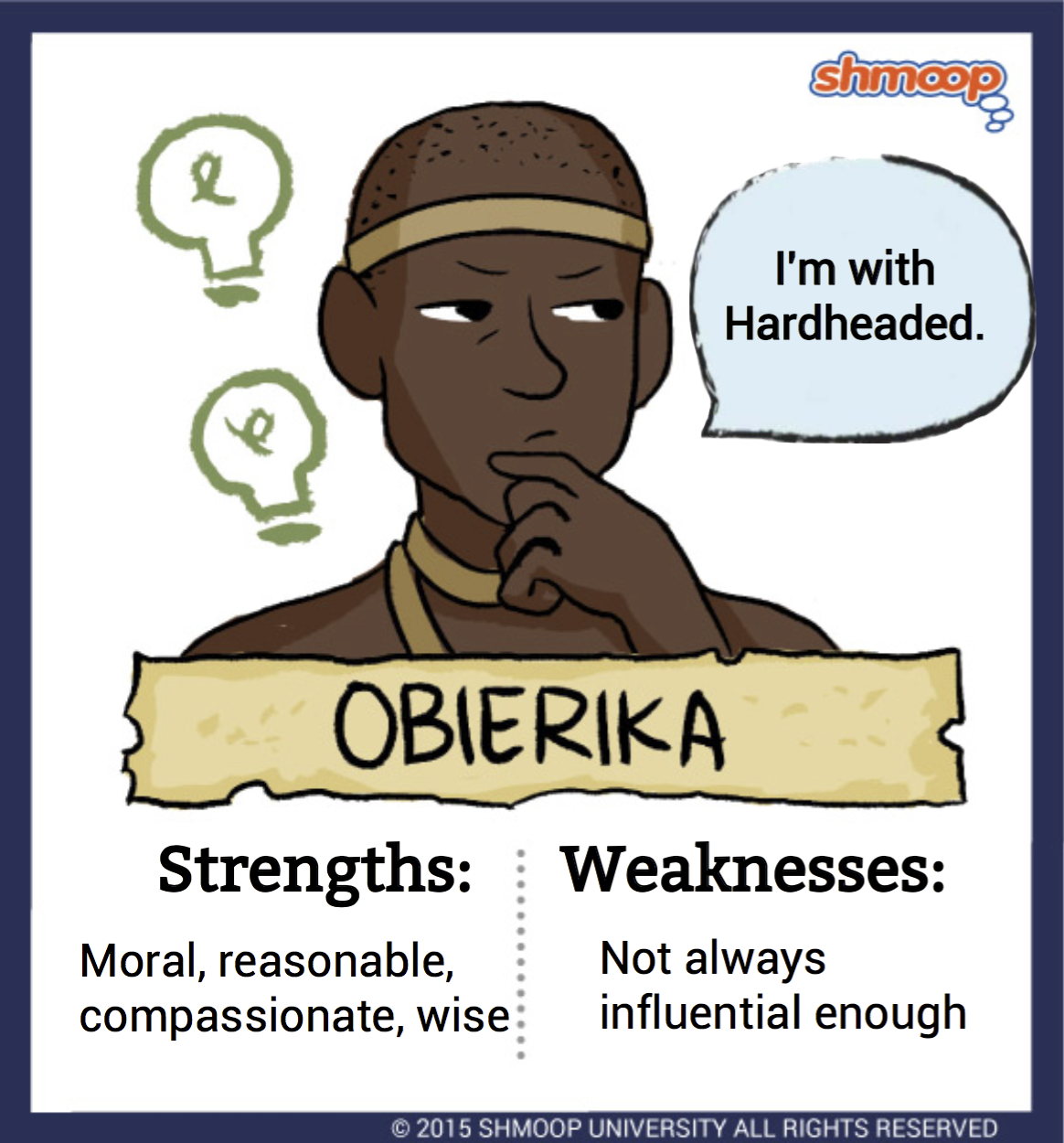 Obierika is Okonkwo’s best friend and also a respected man in Umuofia. He often offers reasonable counterpoints to Okonkwo’s desire for rash action, although Okonkwo rarely takes his friend’s advice. More than any other character, Obierika is a thinking man, one who works things out in his head. He is one of the few characters who is truly concerned with moral ambiguities and he encourages Okonkwo to view the world in a more balanced and less hasty manner.

Obierika uses his intellect and reason to come to decisions. However, his rationality is not cold and calculating, nor is it used to further selfish means. Obierika mediates his intellect with compassion. All his efforts are dedicated to being a good friend, father, husband, and responsible community member. He is one of the few characters to view the white men with a slightly sympathetic and curious eye.

As a character, Obierika’s tends to fill the role of advice-giver to Okonkwo. He forces his friend to think about the deeper matters at stake – like morality and universal truths. He tries to bring reason and compassion into Okonkwo’s decision-making process, but Okonkwo rarely listens. He is too blinded and bound by his all-encompassing fear of becoming his father to hear Obierika’s wise words.