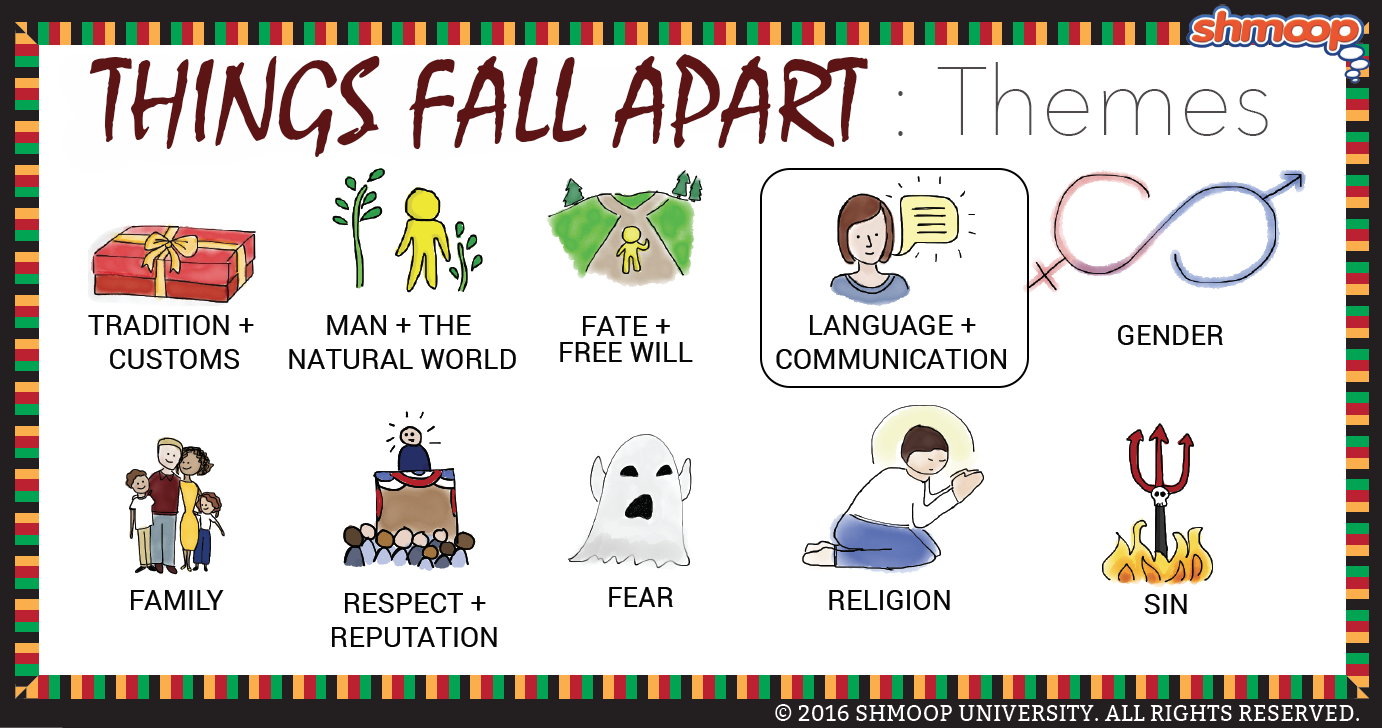 Speech is highly stylized in Igbo culture, with specific rules on how to addresses a neighbor, a superior, an ancestral spirits, and the gods. Respect is usually at the heart of formal speech. While dialogue is usually direct in its meaning, speakers often adorn conversations with proverbs or references to folktales, which play a profound role in shaping Igbo beliefs. Language, too, has a way of either including or alienating a listener. The gods have their own language which lowly humans cannot understand. The Christians speak English and require an interpreter to communicate with the Umuofia. However, interpreters are often from different parts of the country and have noticeable differences in speech. So concepts and connotations are inevitably lost in translation.

Questions About Language and Communication

The troubles in Okonkwo and Nwoye’s relationships are the result of bad communications; neither shares his emotions with each other and Okonkwo quickly jumps to aggressive physical action, which halts communication.