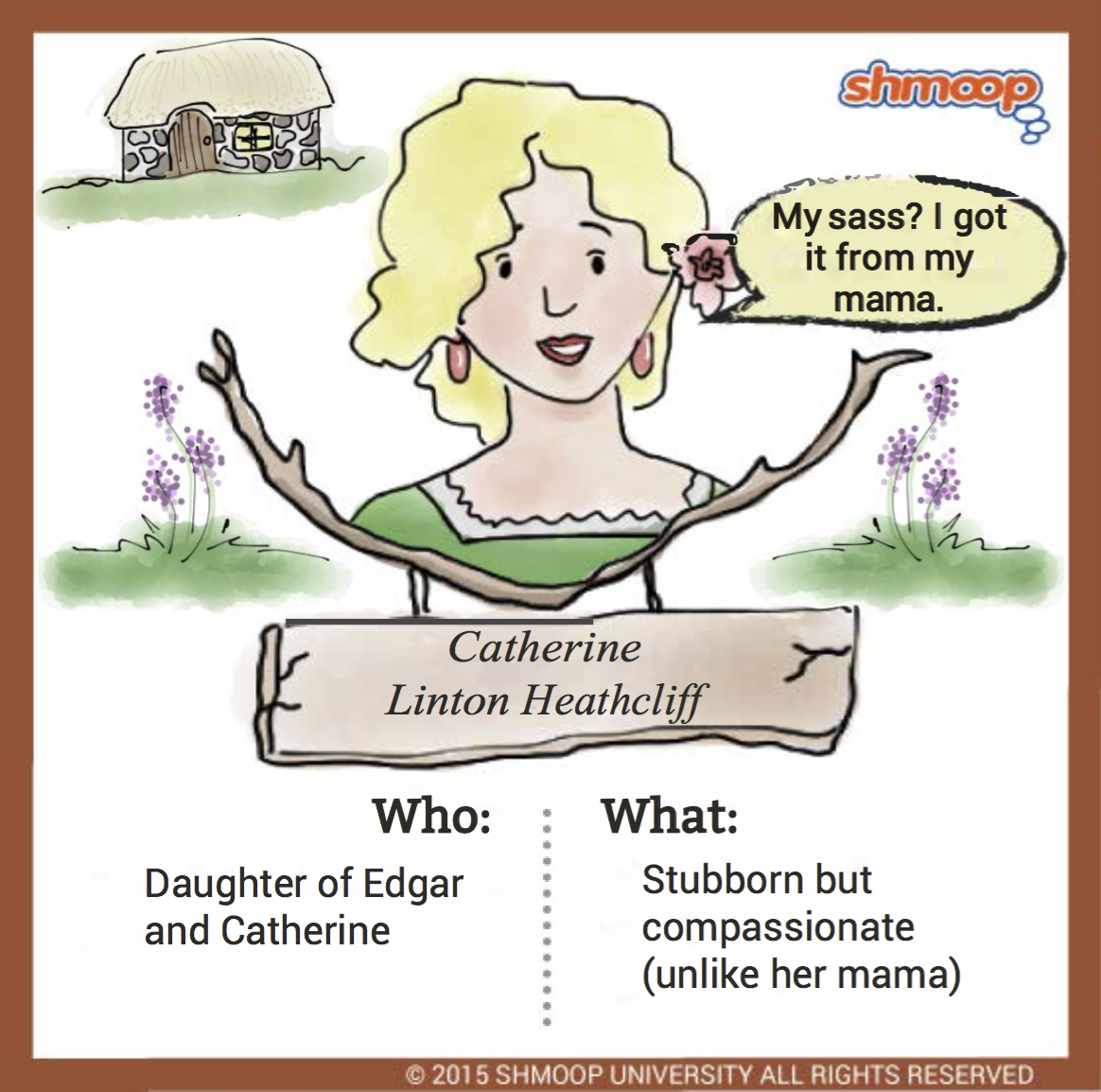 You'd think that the two Cathys would be doppelgangers—they have the same name, the same bloodline, and they both live on those infamous moors. But you'd be wrong. Wuthering Heights shows us that we're not fated to re-live the mistakes that our parents made... and Cathy is proof positive of this.

Cathy is the only child of Edgar Linton and Catherine Earnshaw Linton. She is a bit of a demanding, headstrong wild child, like her mama was before her. Since she is born the day her mother dies, it's hard not to see her as an extension of Catherine Earnshaw. But Heathcliff doesn't seem to see Cathy that way, and Brontë doesn't suggest a direct parallel.

Catherine Linton is a kinder, gentler version of her mother, thanks in part to her relationship with Edgar, an extremely dedicated father. Though she can be peevish and snobbish, Catherine's generosity and kindness toward Hareton—not to mention her love of the simpering Linton Heathcliff—demonstrate a kind of compassion and selflessness that her mother never had.