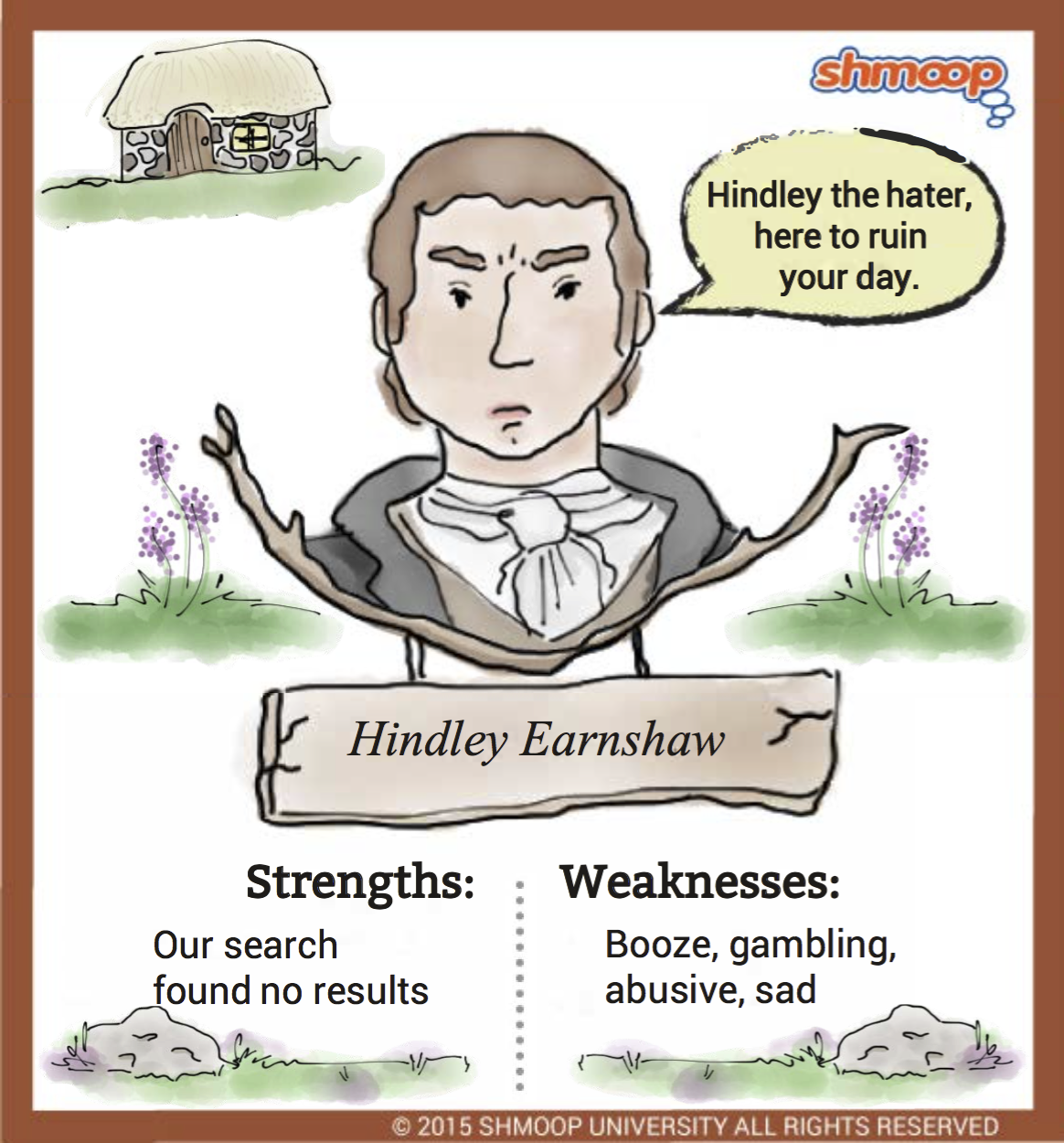 Heathcliff may be savage at times, but Hindley is even less sympathetic. He's a jerk from the get-go, brutalizing Heathcliff out of sheer jealousy for the love he receives from Mr. Earnshaw.

It's hard not to see a lot of Heathcliff's flaws as the direct result of Hindley's abuse. As child he calls Heathcliff an "imp of Satan" and hopes a pony will kick Heathcliff's brains out (5.65). After Mr. Earnshaw dies, Hindley seeks to degrade Heathcliff by turning him into a manual laborer and depriving him of access to the "curate" (tutor). Later, Hindley concocts a social-climbing scheme to unite the Earnshaws and the Lintons by marrying Catherine off to Edgar.

Of course, Hindley has all the advantages Heathcliff doesn't: namely, a college education and a huge inheritance. After the death of his wife, Frances, he turns into even more of a monster. As Nelly Dean recounts:

For himself, he grew desperate; his sorrow was of that kind that will not lament. He neither wept, nor prayed—he cursed and defied—execrated God and man, and gave himself up to reckless dissipation. The servants could not bear his tyrannical and evil conduct long. Joseph and I were the only two that would stay. (8.17)

Hindley's downfall is his love of boozing and penchant for gambling. Heathcliff exploits these weaknesses in order to gain control of Wuthering Heights. Hindley makes one ill-fated attempt to murder Heathcliff—which Isabella prevents—before he drinks himself into a fatal stupor.

And you know what? When that happened, we weren't even a little bummed out.