Let's say you're sharing a pizza with three friends. You order from Inconvenient Pizzas, Inc. because their commercials say their prices are "Unbeatably Low!" Two hours later than promised, a nice man delivers the pizza to your house. Like all pizzas from Inconvenient, your pizza is entirely whole and uncut. Well, what do you expect? 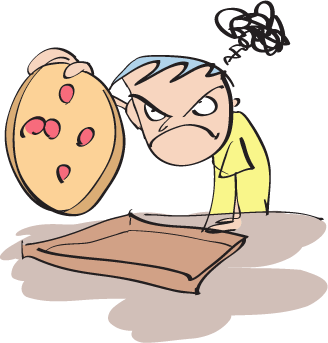 You four are extremely hungry and need to eat that pizza quickly. You decide to share the pizza equally. Since there are 360 degrees in a circle, you say, "Okay guys, let's each cut our own slice. We'll each cut an angle that intercepts an arc of 90 degrees." You mark out four points 90° of arc away from each other. 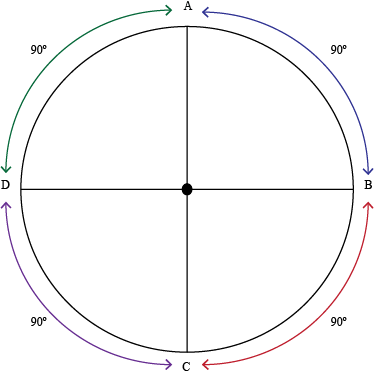 You're expecting a nice, orderly, evenly-split pizza. Unfortunately, your friend Wise Guy Louie is in charge of cutting the first slice, and to mess with you guys, he cuts it like this. 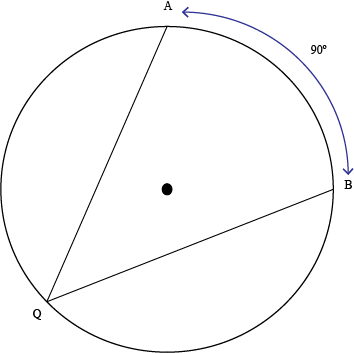 "Wise Guy Louie!" you all exclaim.

As infuriating as he is, Wise Guy Louie is right. Arc AB, which is indeed intercepted by the angle he cut, still has measure 90°. But now the pizza is all messed up because instead of cutting a central angle as you expected him to, he cut an inscribed angle.

If an angle has its vertex on a circle and has sides containing two chords of the same circle, then the angle is inscribed in that circle.

Previous Next
More on Circles Navigation