Lines and circles tend to avoid each other, because they kind of freak each other out. Lines don't care for the weird curviness a circle has, while circles are mystified by the fact that a line goes on forever and ever and ever...

Anyway, circles and lines don't get along too well, but since they're at the mercy of whoever draws them (to some extent), they do have to interact sometimes.

Throw a line down onto a plane with a circle in it and one of three things will happen. If they're lucky, the line and the circle won't intersect at all. They'll each go about their business, perhaps warily eyeing each other, but not sharing any points. 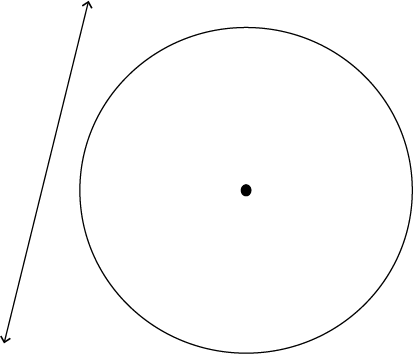 You might end up with the line intersecting the circle at two points. 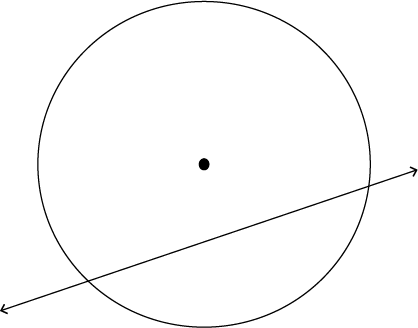 Or, once in a blue moon, you might see the line just "touching" the circle, intersecting it at exactly one point. 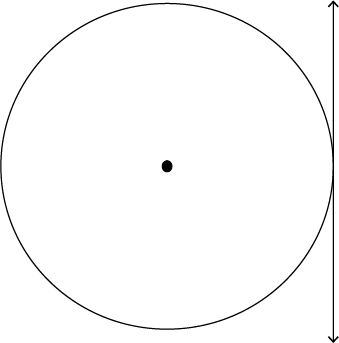 Previous Next
More on Circles Navigation