Linear Equations and Functions - Slope of a Line

Slope of a Line

What does the word "slope" make you think of? We start thinking about skiing down the Appalachians in a snazzy snowsuit and mirrored goggles. We're carving up the mountain, riding a wave of soft powder to the bottom, high-fiving mountain lions and bears as we pass them by. Good times. 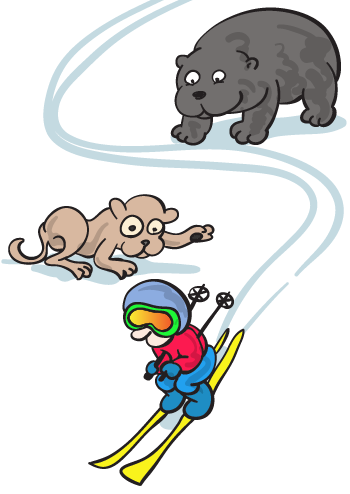 The second thing we start thinking about is lines and graphing. The slope of a line measures the line’s steepness, just like the slope of a mountain measures its steepness. Now we're picturing ourselves skiing down the graph of a function.