Welcome to the final chapter, Limits. Well you could say it’s the final precalculus chapter—or you could call it the first chapter of calculus. Like it or not, all of calculus is built on limits. Better still, the applications for it are everywhere. Literally. This makes this chapter the most important chapter you've ever studied in any subject, ever.

Okay, maybe not quite. But it does make perfect sense to get limits down now so you don't have to worry about them when they inevitably come back to haunt you later. 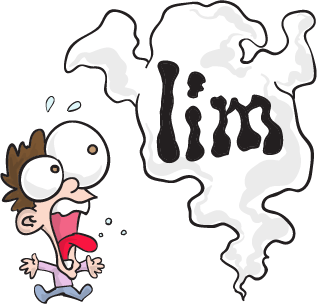 Math Is Fun—Limits (An Introduction)
Math is fun makes math…fun? This site is solid and will take you through a bunch of limit ideas in case you need a second opinion.

Cool Math—What's a Limit?
What are limits? If you just don't know, come here and find out. Limits aren't nearly as mysterious as birds, anyway.

Paul's Online Math Notes—Infinite Limits
Don't let the fact that this is a page for bona-fide Calculus intimidate you. Paul always knows his stuff, and he's always great about explaining stuff in an easy-to-read way. We don't think he knows what the deal with birds is, though.

Tutorials for Limits: Graphical Approach
We like pretty pictures, and we like them even more when they help us solve math problems. We admit it, we're easy to please.

Khan Academy—Introduction to Limits
Kahn can talk about limits until your ears bleed, but in a very understandable and friendly way.

Far From Standard—The BEST Explanation of Limits and Continuity!
The "BEST" explanation, huh? We'll let you be the judge, Shmooper.

The Infinite Looper—Properties of Limits
We got caught in an infinite loop once. It wasn't nearly as hard to get out of as you might think.

Math Portal
Another limit calculator for your mathematical enjoyment. This one has one- and two-sided limits.

Visual Calculus—Quiz, Limit Theorems
A quiz, you say? On limits, you say? How delightful. Keep click-click-clicking until you've seen every question.

Next
More on Limits Navigation