Quadratic Formula and Functions - In the Real World

In the Real World

A quadratic equation can be used to describe the arc that a ball travels in the air, with x being the distance it moves and y as its height. You can also relate the ball's height, y, to the amount of time it's been in the air, x. And it doesn't have to be a ball—it could be a spherical cow, or a chunk of frictionless ice, or a pendulum with a massless spring that experiences no air resistance. 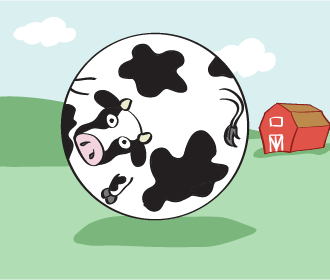