All our lives, we've been taught that boxes are bad. We shouldn't put things in boxes (at least, according to Rosencrantz and Guildenstern). It's better to think outside the box. And it's not exactly a compliment when your grandma tells you that your figure's getting "boxy."

So if we can't put things in boxes, let's try putting them in circles. 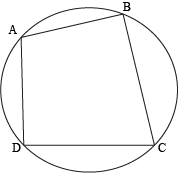 A cyclic quadrilateral is a quadrilateral whose vertices all lie on a circle. It doesn't matter if the angles or sides are parallel or congruent or none of the above. If we can draw a circle that connects all the vertices of that quadrilateral, it's cyclic. No questions asked.

Which of the following quadrilaterals are cyclic?

The easiest way to figure out which quadrilaterals are cyclic is to simply draw the smallest possible circle around them.

Opposite angles of cyclic quadrilaterals are always supplementary. That means if we can draw a circle around a quadrilateral that connects all of its vertices, then we know right away that the opposite angles have measures that add up to 180°. How's that for a point? And we're just getting started. 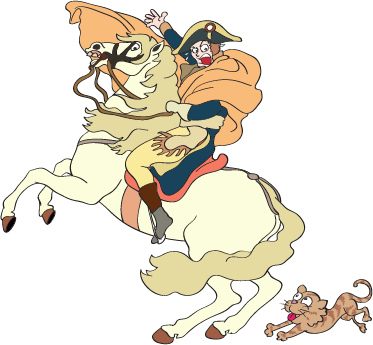 Quadrilateral PQRS is cyclic. What is the measure of ∠PSR?

We can see from the figure that PS ≅ QR. Because opposite sides of this cyclic quadrilateral are congruent, we know that the other two sides (namely, PQ and SR) are parallel. We also know that ∠QPS and ∠PSR are supplementary because consecutive angles that share the same leg in a trapezoid are supplementary. As such, we can set up the following equation:

What if we're asked to determine whether a given quadrilateral is cyclic? What do we do then? We could put our heads between our knees and kiss our bums goodbye, but we'd rather not. Instead, we've got two options:

Is a square a cyclic quadrilateral?

All of the internal angles of a square are 90°. Opposite pairs will total 180° in measure, which means they're supplementary. Since we've proven that opposite angles are supplementary, we know that squares are cyclic. You could try this with a compass too, but we recommend drawing it on paper rather than your computer screen. Just a suggestion.