We've been focused on triangles and quadrilaterals for a long, long time. But in this geometric jungle, there exist many more shapes than just three- and four-sided animals. There are figures with five, six, seven, and even forty-two sides. And it won't do us any good to keep our heads underground like ostriches, pretending they don't exist.

If you hadn't figured it out yet, polygons are closed two-dimensional figures made up of straight line segments only. So triangles and quadrilaterals are examples of polygons, but angles, curves, and circles need not apply.

As far as naming polygons goes, we usually name them with Greek prefixes (like "tri-" and "octo-") that match the number of sides they have. Of course, after a certain point, it gets exhausting. That's why after 12 sides, we just stick to calling them 13-gons and 28-gons and 146-gons. It's easier to memorize and easier to write. Sounds good to us.

Just like quadrilaterals, these different types of polygons also have diagonals. (Except triangles, no matter how hard they tri.) But how many diagonals will these polygons have, exactly?

Let's start by drawing non-intersecting diagonals. Quadrilaterals can only have 1 such diagonal. Drawing in the other one would intersect the first one, and they're called "non-intersecting" for a reason. 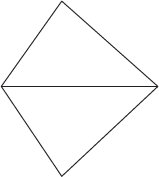 If we take a pentagon, we can draw 2 diagonals that don't intersect. The key is to draw just enough to separate the polygon into all into triangles.

When we look at hexagons, we can break them down into 4 distinct triangles using any 3 non-intersecting diagonals. 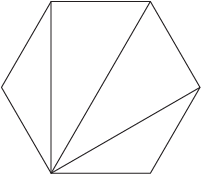 Using triangles, determine the total measure of the internal angles of a quadrilateral. 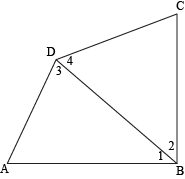 Until now, we've stuck with triangles and quadrilaterals. Now that we're expanding our geometric taste, we should expand our vocabulary to match.

The number of non-intersecting diagonals, we already know, is equal to n – 3 where n is the number of sides of the polygon. But what about the total number of diagonals even when they do intersect? Well, every vertex could have those same n – 3 diagonals, but we'd be counting every single diagonal twice (one for each vertex), so we should divide that number by 2. We end up with the formula

for the number of diagonals in an n-gon.

How many degrees are in an octagon? How many non-intersecting and intersecting diagonals can we have?

Octagons have 8 sides, so n = 8. Now, all we need to do is apply our formulas (and remember what each of them stands for). Let's start with the number of degrees.

Now for the number of non-intersecting and intersecting diagonals. We just gotta remember which formula is which.

Okay, for real. One last tip: if you find yourself dealing with a chunky polygon with far more sides than you can handle, try splitting it up into ones that you can handle. Basically, if you can break the polygon up into triangles and quadrilaterals, trust Nike and just do it. Seriously, though. it'll make your life way easier.