Set up the film projector and grab a box of M&M's that's clearly meant for sharing (though we won't judge you if you keep them all to yourself). We've got a quadruple feature in store tonight.

We'll start the evening with a flick for the youngest audience members: Alice in Wonderland, the story of a girl who just can't resist indulging her sweet tooth, resulting in some wicked growth spurts. (Your parents will insist that the moral of the story is to eat less candy.)

Once the little kids fall asleep, we'll move on to a wholesome Rick Moranis twofer that we're sure your parents will appreciate: Honey, I Shrunk the Kids and Honey, I Blew Up the Kid, the stories of a goofy scientist dad whose latest at-home experiments result in tiny teenagers surviving the backyard jungle and one giant baby terrorizing the Las Vegas strip. That's what Hollywood's about, baby.

Finally, after your parents fall asleep, we'll light up the big screen with everyone's favorite man of mystery, Austin Powers: The Spy Who Shagged Me, as he takes on his time-traveling arch-nemesis Dr. Evil and the doctor's miniature sidekick, Mini-Me. 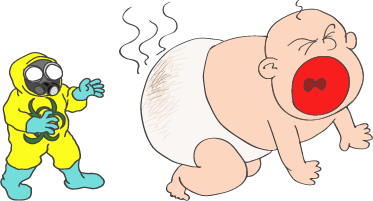 Our Earliest Shadows
Even before the invention of triangles, Thales mystified Pharaoh Cheops with his otherworldly method of measuring the height of the Great Pyramid. Because we know you secretly love all things Ancient Egypt. Don't worry, we won't tell. You're welcome.

Golden Number
The Golden Number is a special ratio that comes from Fibonacci's sequence and can be found absolutely everywhere. From architecture to sports to the financial markets, even a person's aesthetic beauty can be evaluated using this number. (That means how good-lookin' they are.) Paparazzi need not apply.

Vitruvian Man
As if there weren't enough pressure to be perfect already, Leonardo da Vinci went and said that the ideal body fit a long list of very specific proportions. We'd like to see how the cosmetic surgeons at Sacred Heart would respond to that kind of request.

The Adventures of Ernie and Stu
When two triangle bachelors hit the club, we know what they're looking for: lady triangles. Ernie and Stu rap their way through an explanation of how they know they would hit it off with their target ladies.

Similar Triangles
This video gives a quick review of how to determine whether triangles are similar by comparing their side lengths. How many exclamation points do you think the speaker needs at the end?

How to Draw with a Pantograph
Watch as this drawing instructor demonstrates how to use a modern version of a 400-year-old device that was invented in response to the question, "How do we shrink this picture without a Xerox machine?"

Scale Factor X
The Scaliens have messed up ratios, proportions, and scale factors all over the place, and it's up to you to set things right and then scoot out of there before they make heads or tails of what's going on. As you fix what they've set awry, you'll also be practicing math!

Dilation
Practice your mad scientist laugh and prepare to make shapes grow, shrink, and generally dance around like little lab monkeys. Adjust the center of dilation and scale factor, and watch how your creation changes right before your very eyes.

Ratio and Scale
Proportions show up in so many places in the real world, like maps, models of dinosaur skeletons, and sports team formations on a coach's dry erase clipboard (you know the kind we're talking about). This interactive review lets you practice solving for missing lengths in ratios in all of those situations, as well as in similar triangles!

Using Proportion to Solve Problems
One more site to practice solving problems with proportions. 'Cause we just can't get enough. Plus, you can debate with your friends about who that avatar is supposed to be.

Next
More on Similar Triangles Navigation