Of course, fields are great and all—but it's a field's ability to do work that makes them interesting. Magneto would be a way less interesting supervillain if magnetic fields couldn't create forces ("Behold! I'm creating invisible things that do nothing! Quiver in fear, mortal men!").

θ is the angle between the charge's trajectory and the direction of the magnetic field lines. A charge moving perpendicular to a magnetic field will feel its full force (sin 90º = 1), but a charge traveling parallel to a field won't feel anything at all (sin 0º = 0).

We can extend this to current-carrying wires, as well. A wire of length l in a magnetic field B will feel a force dependent on the amount of current (that is, moving charge) in the wire: 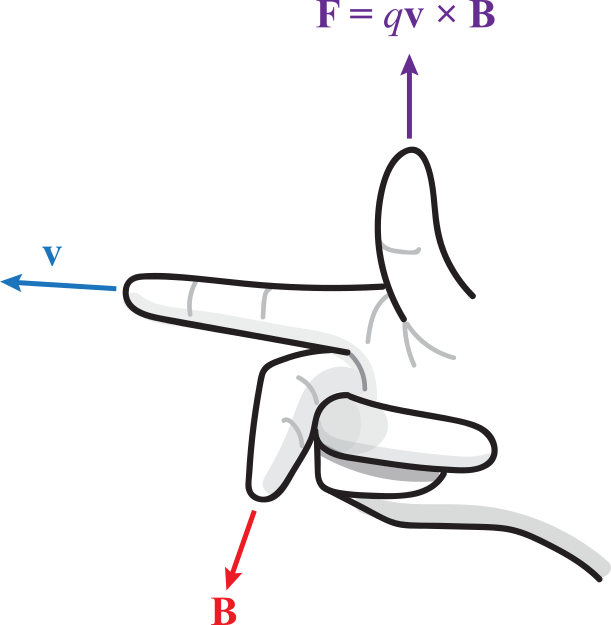 When we combine the Lorentz force with the Coulomb force, we now have a full description of the electromagnetic forces on a charged particle:

The right hand rule can be... unruly. Remember Index finger is for current (I for an I), Middle finger is for Magnetic field, and your thumb is the result.

Lest you think the magnetic force pales in comparison to other forces we've talked about, we present the U.S. Navy's research into magnetic cannons called railguns.