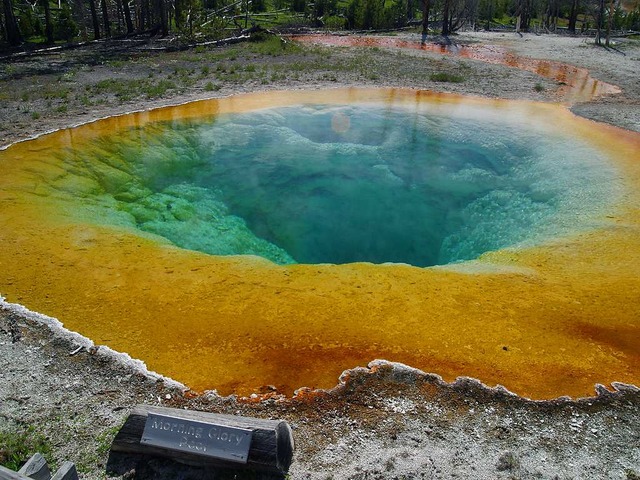 Jump on in: a hot spring is just the place to talk about thermodynamics.

Thermodynamics is one hot topic—its history includes war, the industrial revolution, fortune telling, and for good measure, Galileo makes an appearance. How could we not be excited?

Using the laws of thermodynamics, we can tell the future. Really. We can say whether a chemical reaction will happen or not. Pretty cool, we think. Or hot, as the case may be. And it all got started because a guy called Nicolas Leonard Sadi Carnot thought that more efficient heat engines could help the French win the Napoleonic Wars. Spoiler Alert: Napoleon lost.

Without what we know from thermodynamics, there'd be no space travel or refrigerators, and your sister's pony could theoretically keep up with the vehicles in a NASCAR race. In practice, though, we know that last part isn't true. Thermodynamics tells us why. 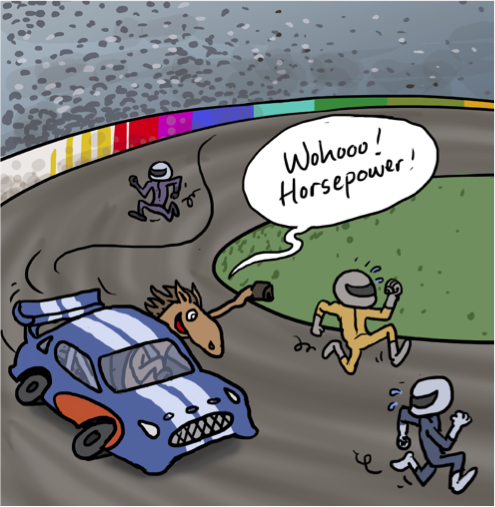 Thermodynamics explains how the random movements of the zillions of tiny atoms that make up everything under the sun (and beyond) relate to heat, temperature, volume, pressure, and work. Yes, work can be calculated. We talk about atoms in our biology and chemistry classes, but thermodynamics lets us determine things about the movement of these invisible specs of material by taking macroscopic measurements of temperature, volume, and pressure.

For example, if we inflate a Helium balloon, the ideal gas law will tell us how quickly the Helium atoms move around from measurements of the volume and pressure of the balloon. From there we can also calculate how much kinetic energy each little Helium atom carries.

We'll also learn why solids expand and contract when they move from a cold place to a hot place, and then back to a cold place again. Sound boring? We think not—if we didn't understand thermal expansion, our bridges would collapse as the seasons change. We'll just say a big "no thanks" to that.

So, we'll kick this discussion off with a shout out to the three laws of thermodynamics. These bad boys relate the internal energy of gases, or the kinetic energy of the molecules in a gas, to the heat energy and mechanical energy (i.e., work) that is done by the system that contains the gas.

If that sounds complicated, don't worry—we'll make sure things never get too hot to handle.

BBC: How a sandcastle reveals the end of all things – Wonders of the Universe
Entropy via sandcastles: children of all ages channel their inner preschooler to probe the Second Law of Thermodynamics.

Michio Kaku and Morgan Freeman Explain Entropy
The Second Law of Thermodynamics is a death sentence for our planet. Listen to Morgan Freeman spell out our doom. It's more horrifying than a horror flick.

Numberphile: Avogadro's Number
Ever wanted to know more about Avogadro's number and its history? Well here you go. This video would be great for a Chemistry class as well, because it explains molecular mass and molecular weight and how these relate to moles, all by a chemist with an Einsteinian 'do.

Ted Talk: The history of the world in 18 minutes
David Christian summarizes everything we just learned about, from laws of thermodynamics, to phases and molecular motion. We also get to see how, at the beginning of the universe, mass aggregated to form atoms, how atoms came together to form stars, new elements, rocks, asteroids, planets, people, cars, computers, and a couple other things besides. For reals.

The rubber band heat engine
As improbable as it sounds, we can make a heat engine out of a bicycle wheel, rubber bands, and some flood lights. As a bonus, learn what's so extra-special about rubber bands in a thermodynamic sense; we're not talking about their shooting range.

National Geographic: How to layer for optimal comfort
Do you snowboard or ski? Or backpack, run, or Zumba? This cool explanation details how our skin keeps our bodies from overheating and how fancy workout gear aids that process.

Science Daily: Power felt
A device that takes body heat to power a cell phone? And car waste heat to power the radio? Far out (but maybe not too far).

Nasa: Temperature conversions
A chance to master the Celsius, Fahrenheit and Kelvin temperature scales, all while familiarizing ourselves with the temperatures of various space and earthly objects? We're game.

Next
More on Thermodynamics Navigation