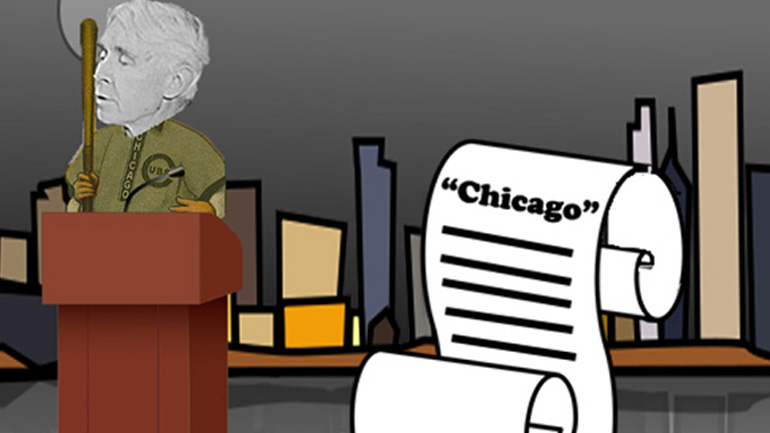 Surprise, surprise: "Chicago" is set… in Chicago. The entire poem is about this windy city, which the speaker spends a whole lot of time personifying. By the end of the poem, it actually seems that Chicago is less of a place than it is a toiling, vibrant, tough and laughing muscle-man who drinks in all of the experiences of this city. Sandburg makes the city come alive—it has a pulse and a heart, and this burly man of a city comes to represent all of the people who live in it.

So, we could say that the poem "Chicago" is more of a portrait of a man than it is a landscape of an urban area. It's easier to understand a person than it is to comprehend an entire city filled with millions of people. Sandburg makes the city more relatable by personifying it. By getting to know this one Chicago muscle-man, it's like we get to know the entire population of Chicago muscle men.

But, this isn't to say that Sandburg ignores the city itself. Throughout the poem, we get a very distinct feel for the landscape of Chicago: its tall buildings and railroad crossings, its butcher shops and gas lamps. So, amongst all the personification we also find a quite straightforward description of the city. We've got a personified Chicago, and a literal Chicago in this poem. Neat, isn't it?

Previous Next
More on Chicago Navigation