The store will not work correctly in the case when cookies are disabled.
Home The Benefits of Student Agency: It’s Not about Instructional “Strategies”; It’s about Empowering Learners What the Pandemic Can Teach Us About the Important Goals of Student Agency MTSS: Multi-Tiered Systems of Support (or Making This Seriously Simple) Surveys and SEL (Social-Emotional Learning)
Categories: Assessment Hot Button Issues

If you've filled in a bubble or stood by while your student sharpened one No. 2 pencil after another to fill in their own bubbles, you've probably got a groan or two stored up on this one. This is one hot-button issue that we can't just wish away.

Whether it be the SOLs (Standards of Learning) in Virginia, the New England Common Assessment in Vermont, or the New Mexico Statewide Articulated Assessment Program, a week or two (or three) a year we're feeling our blood bubble over (heh) as we face the endless booklets, pencils, and silent stress of standardized testing.

Yup, the suffering is widespread.

And enduring, too: while the form of torture has shifted, various versions of standardized testing have been around since the 1800s. Does that mean they were filling in bubbles with quill pens? 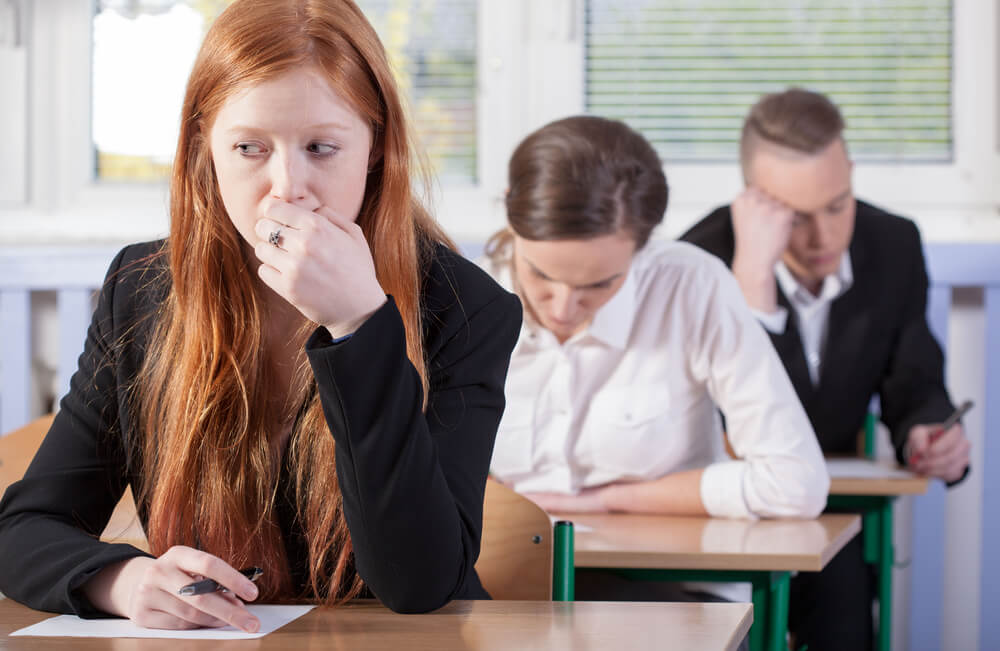 But for real. What's the deal with these tests? Are they really effective? And are we ever going to see an end to them?

Like Common Core Standards, the answer regarding standardized testing all depends on whom you ask. Some folks will sing the praises of these tests until the cows come home. Others will pray for its death knell. (If you can have a death knell for an inanimate academic process). Anyway, it's pretty divisive.

Those who really like standardized tests tend to cite their objectivity as a huge bonus. In this framework, states can compare apples with apples rather than having grapefruit and kiwi mixed in, too. And if you really like fruit salad, well, that's tough for you.

But as ProCon points out, the U.S. isn't necessarily seeing gains in our scores. In math, we slipped from 18th in the world to a piddly 31st in nine short years. Science testing fared no better, and reading scores really reeked under mandated testing.

Plus, those who oppose testing say that standardized tests simply promote rote learning and dumbing down of curriculum, and they point to those same numbers as proof.

Others complain about the time and money poured into private testing companies, which lines those companies' pockets rather than increasing teaching salaries and training—things that detractors argue would be far more effective in increasing students' scores. This also kind of gives the whole "objective" argument a run for its money, since the money used on private tutoring gives some students the upper hand in a big way.

That's a lot of reasons anti-standardized test folks who feel extra strongly about it aren't taking it lying down. Some parents are choosing to have their children "opt-out," and to pretty good effect. Why is opting out a big deal now? According to Anya Kamenetz, it's based on perceptions about Common Core and how it has taken over the American education system at the expense of, well, everything except the relentless onslaught of tests.

If everyone hates standardized testing so much, when are we going to cancel it in all its forms once and for all? For now, that's not quite on the agenda. But that doesn't mean the struggle won't continue. The hope is that teachers can use the standards and the tests that go along with them to help them craft lessons for their students without falling short on creativity or student performance.

As for how many #2 pencils we must go through and the millions and millions of bubbles must be filled in before we resolve this debate? I guess we'll just have to wait and see. S

Shmoop is always here to help with any of your testing needs.