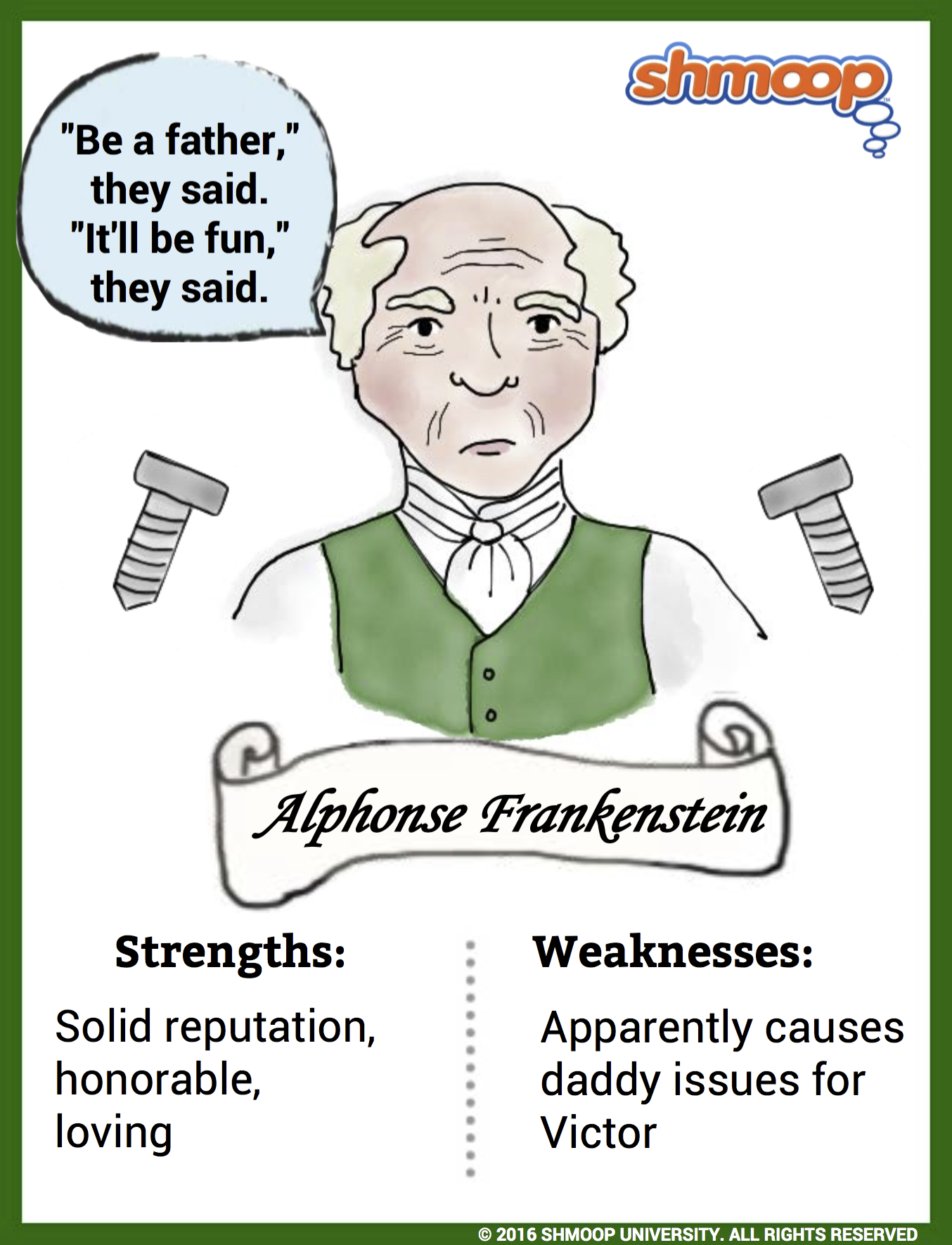 Victor doesn't exactly blame his dad for the monster, but he comes pretty close. Oh, sure, he has nothing but praise for his parents: his father "filled several public situations with honour and reputation" (1.1); he has a "sense of justice in [his] upright mind" (1.5); he looks at his little son with a "smile of benevolent pleasure" (1.6).

But. (Of course there's a but.) "Benevolent pleasure" isn't exactly the same as a good moral upbringing, and there are hints that Victor feels like his dad let him down. When he first picks up a book of alchemy, his dad carelessly dismisses it: "do not waste your time upon this; it is sad trash" (2.6). But that's not enough for Victor, who wishes that his dad had "taken the pains to explain to me that the principles of Agrippa had been entirely exploded" (2.7). Unfortunately, his father is "not scientific," which means Victor has to "struggle with a child's blindness" (2.9).

To us, this sounds an awful lot like a case of daddy issues—like Victor is so desperate to blame someone that he even turns against his poor dad, who frankly sounds like a loving, caring parent. He even comes to Scotland to nurse his poor son back to health—although why you'd waste your time on such an ingrate, we really don't know. And that's what makes Alphonse such a good guy.